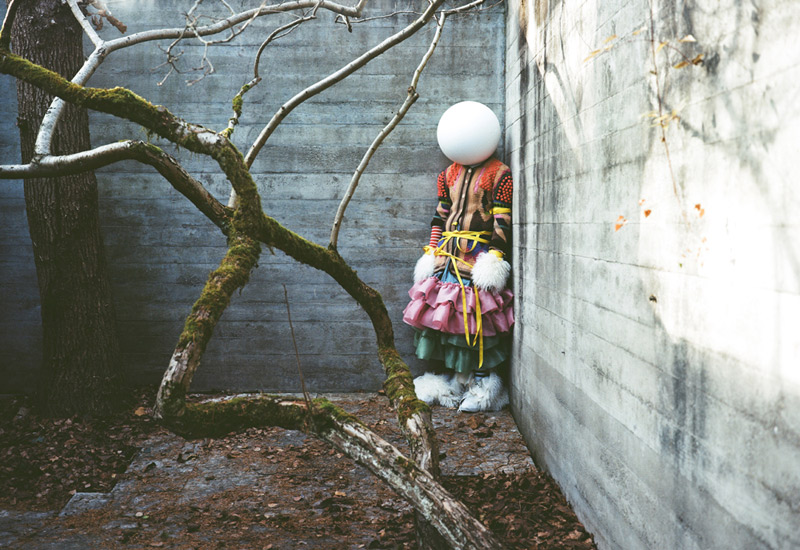 “The Evening Crowns the Day is one great enigma. Rituals, witches and the bathing of a naked man – no matter how many times you watch it, you won’t find the secret it contains.” – Noisey

“A lurid world full of empathy and unabashed joy. This is the friend we’ve been waiting for all this time!” –  This Year in Music

Zurich based FRIEND, aka Swiss musician Dominik Huber, has released a short film for his beautiful single, The Evening Crowns The Day today, a track that taken from his debut solo album, In the Teeth of the Wind.

With the song’s message focusing on the atmosphere of departure and new being, the video was made in collaboration with Mexican film director Rafael Palacio Illingworth, whose work includes directing films such as Between Us (2016), Macho (2009) and Man in a Room (2010).

Filmed in Ojo de Agua, a farm near Mar del Plata in Argentina, the director captures a long journey and a mission to replenish oneself in natural beauty when faced with the anguish of failure, frustration and change, breathing fresh air into the realisation that you can recover from paralysing life moments.

“The video captures the feeling of being far away from home, explains Huber. “You are in a lonely, yet marvellous place, which is so addictive that the thought of leaving seems impossible. The landscape was perfect, since it is almost an unreal place and thanks to the various wonderful characters staying there, we wanted to create a contrast between reality and dream.”

In the Teeth of the Wind is an intriguing and versatile album full of surprises. The record features eleven sophisticated pop songs and demonstrates an impressive kaleidoscope of moods. Pre-order it at iTunes.