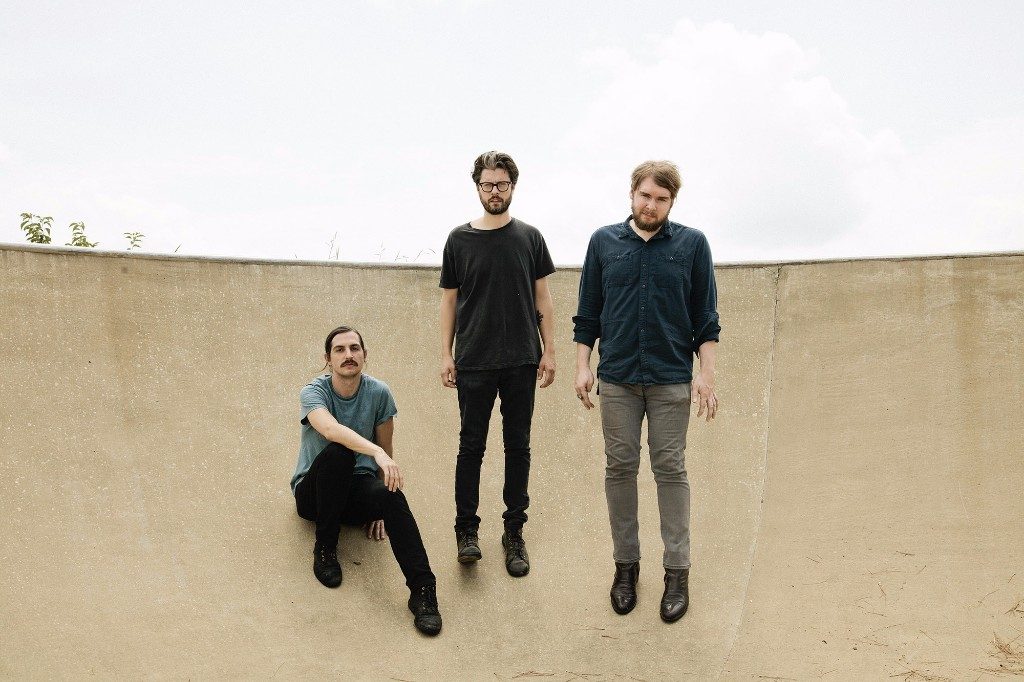 “Drums pummel to match the intensity of the distortion, even as the vocals cruise high and the guitars swirl upwards in unexpected lightness.” – Consequence of Sound

“High marks to this band for knowing how to be creative, consistent and interesting while being catchy and tuneful.” – PopDose

In tradition with their captivating visuals on screen, WRAY is back with the video for ‘Pined,’ a witchy tale reminiscent of the down-South gothic first season of True Detective. The Birmingham, Alabama trio have been working on the video under the creative direction of director Dillon Hayes.

David Brown from WRAY weighs in on the music video:

“Pined is a reflection on the dichotomy between looking past and looking forward. It’s meditative in sound and concept.

I think the video fits this reflection well. Dillon (Hayes) worked with us to create a unique narrative that is as vague as it is expansive. We want to show an alternative perspective to the typical southern landscape, and get lost in it; which we did. Filmed in some truly beautiful locations in the heart of Alabama, it was a pleasure.”

The track features singer/bassist David Brown’s ghostly vocals set to steady, charging percussion and dark, lurid harmonies. “’Pined’ started out very different than how it ended up on the album”, Brown said of the track, “The melody was there, but the arrangement was truly refined in the process of recording. That sets it apart from other tracks.”

WRAY is one of those rare bands that effortlessly blend smart sonic pluralities into a seamless whole without losing any of their DIY grit. It is clear that lead singer/bass player David Brown, guitarist David Swatzell, and drummer Blake Wimberly have harnessed their sound and created a cohesive and ghostly record.

This album is filled with haunting vocals, constant guitar and soft percussion that explores a space of subtle contrasts and originality. The first single off of the LP is the title track, ‘Hypatia‘, which relays the sound of the entire LP. The single communicates the dream-like undertones and romantic lyrics in a quiet and subtle approach. With tracks like ‘May 23rd‘ and ‘Pined‘, WRAY proves their ability to create rhythmic songs while staying true to the overall feel of the LP.
Catch their amazing show live:

Donovan Wolfington Get Dark on Noisey with “Ollie North”, New LP How To Treat The Ones You Love, Out 8/21/15 via Topshelf Records‏