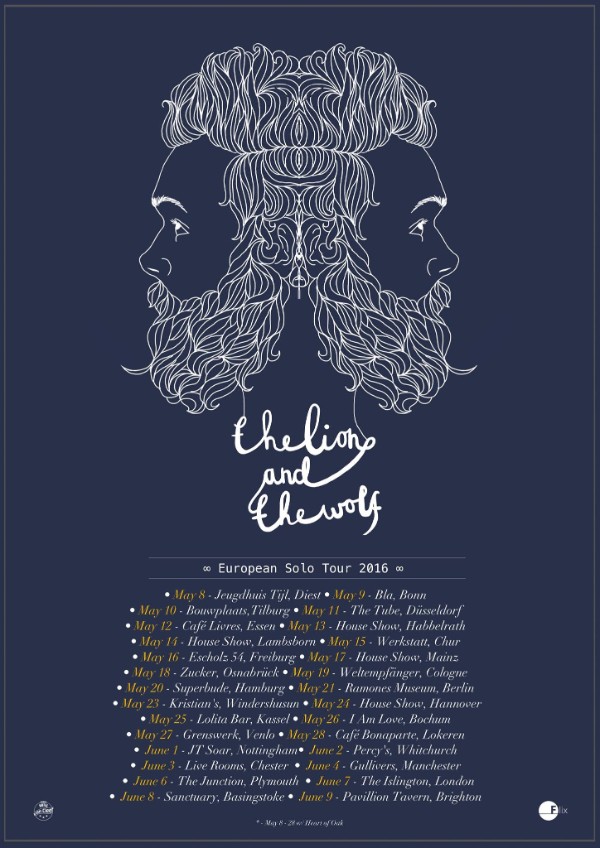 The Lion and the Wolf is embarking on a month-long tour of mainland Europe and the UK. Tom will join up with Southampton singer songwriter, Heart of Oak for shows in the Netherlands, Belgium, Germany and Switzerland before returning to the UK for a further run of solo shows.

Since quitting his job at the start of 2014, Tom has racked up close to 300 shows, the majority of which has been orchestrated of his own back. His debut LP ’Symptoms’ has just sold out of it’s second pressing and this year will see the eagerly awaited follow up which was recorded in the same studio in his home town on the Isle of Wight. Tom has performed at 2,000 Trees, Hevy, Isle of Wight, Blissifleds, and most recently at Fest’ in Florida.

“I’m really excited to get back out to Europe for this headline run. I’ll be playing songs from my new record and this will be my last solo run until I return with the band as well as the new album!’ explained Tom George, commenting on the tour.