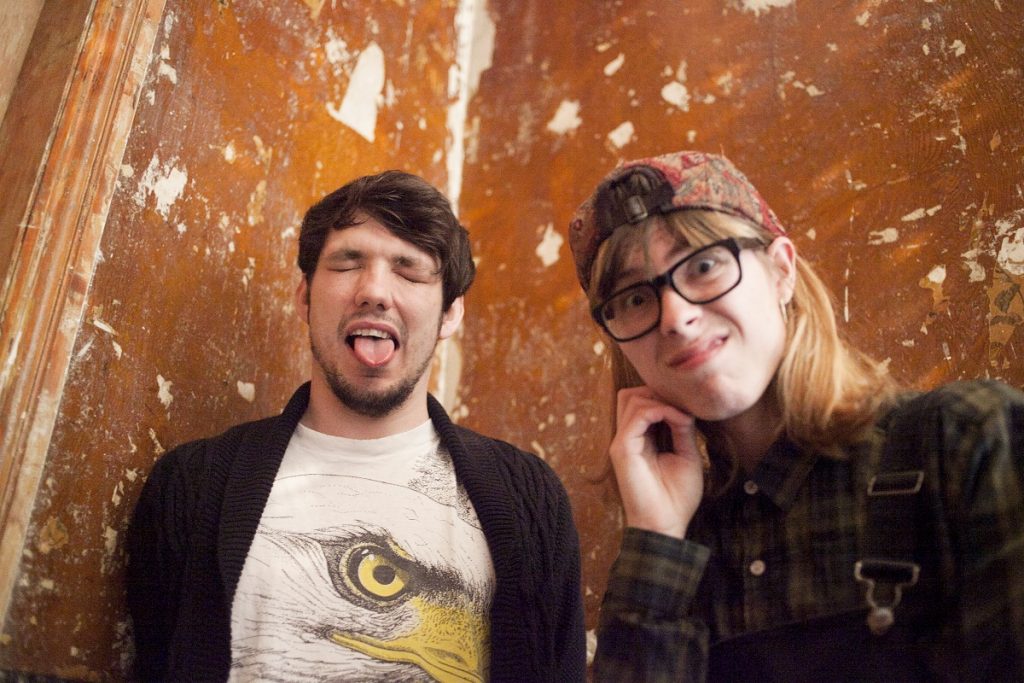 Billingham, Teesside-based duo Mouses are pleased to announce the release of their debut full length LP The Mouses Album on 23rd September 2016 via Sister 9 Recordings / Cargo.

After building a fierce reputation off the back of two DIY EPs, the lo-fi garage rock twosome are pleased to reveal their new single ‘Hollywood’ which is set for release on 29th July – watch the video here:https://www.youtube.com/watch?v=r85J_fEN4Ew

Directed by the band and filmed by front man Steven Bardgett and Hana Harrison, the video is a tongue-in-cheek take on the golden age of Hollywod silent movies featuring the band members romantically cast as a femme-fatale and screenwriter that plays with all sorts of gender stereotypes.

Commenting on the track, Bardgett explains: “Hollywood is about the very nature of fame and the issues that come with chasing it. There’s a lot of references to the film Sunset Boulevard in the lyrics as I can remember watching that film for the first time and being blown away by how relevant it still is. How the desire to be famous can destroy a person. Hollywood is about treating fame as a poison, a drug – the more glimpses of it you get, the more you want – and the idea that people will do anything to be famous. That terrifies me.”

A short, sharp, sub-2-minute blast of distorted punk-rock, ‘Hollywood’ is the perfect follow up to their debut single ‘Poison’, combining the infectious melodies of an early Weezer, the lo-fi fuzz of Ty Segall and surrealist lyrics that call to mind Stephen Malkmus at his very weirdest – it’s another brilliantly quirky and abrasive slice of garage pop from the duo.

Mouses are guitarist and vocalist Steven Bardgett and drummer Nathan Duff; a lo-fi garage rock duo from the North East of England renowned for their raw and energetic live performances and a tendency for gig induced self-destruction. Formed in early 2014 as an antidote to the manufactured pop that continues to saturate the mainstream, they are determined to strip music back to its primal beginnings, whilst still displaying a love for melodies and catchy hooks.

‘Hollywood’ is released 29th July 2016 via S9 Shop and all other good digital retailers.

Debut LP The Mouses Album is set for release on 23rd September 2016.