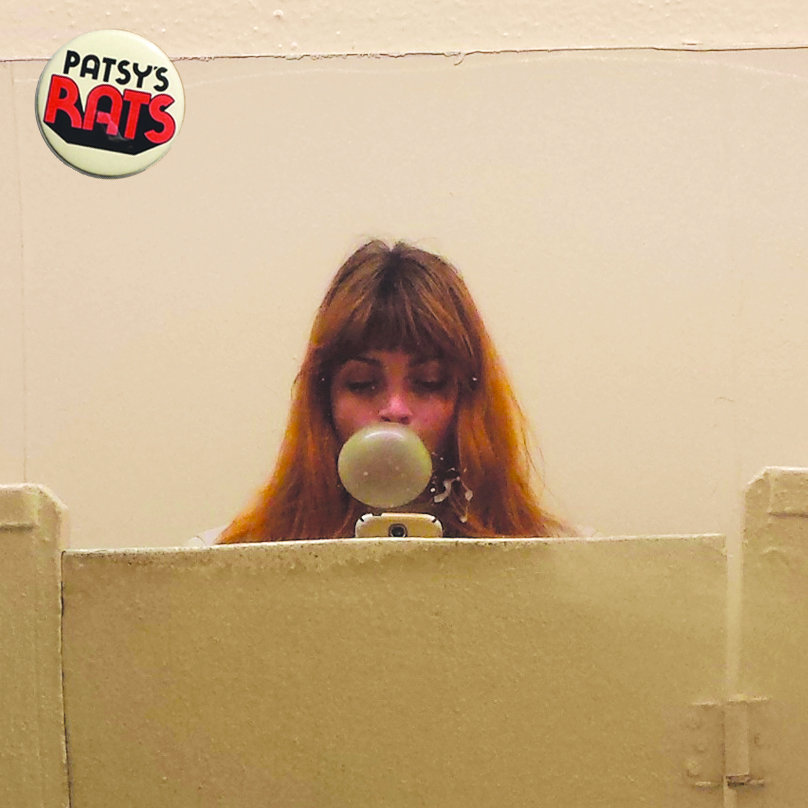 Absolutely fizzing with energy and an infectious lust for life, Patsy’s Rats are a rock n roll band with a power pop edge and a line in insanely catchy pop rock songs.

The band are a duo from Portland and the songs on this self titled EP will be stuck in your head for months. The band sound like a glorious mixture of the best elements of The Runaways, Cheap Trick, Shonen Knife, The Vaselines and The Donnas and their brand of upbeat and perfect pop rock songs is a joy to listen to. This is music with a punky edge mixed in with a quite perfect pop sheen and the songs reflect this superbly.

The band don’t waste a second to bring the listener their fix of the Patsy’s Rats sound on this EP and the opening track Rock N Roll Friend is an extremely sunny song with brilliant dual harmonies and singer Patsy Gelbs powerful pop vocals taking centre stage as the band thrash through the memorable track.

This fantastic opening is quickly followed up by Its Gonna Hurt, a track that is no less memorable than the opening salvo of Rock N Roll Friend. The track starts with the bands other member Christian Blunda taking centre stage to sing but he is soon joined by Gelb for more of those brilliant harmonies, this track is no less sunny than the first track and keeps the infectious momentum going. Let’s Stay Up All Night is next up and the catchiness remains at a high level throughout with Gelb and Blundas vocals intertwining with a sheer gleefulness. The high energy stomp of Empty Bottle finishes this short and sweet EP on a definite high, sounding like an amalgamation of the best 70s U.S pop rock singles you’ve ever heard (think Cheap Tricks I Want You To Want Me or surrender), this song also has a triumphant glam rock feel to it that is underset with a Buzzcocks/Undertones punky three chord buzz and is certainly a perfect way to finish things off.

Patsy’s Rats is an EP that flies by in the best possible way with the amount of energy that is going on and this is a release that requires play after play after play and hopefully a full length album full of such life affirming songs won’t be too far away.