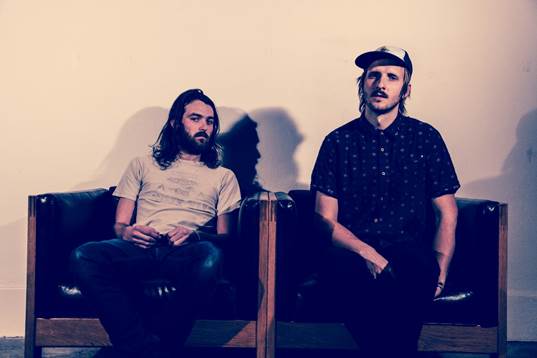 “A warm and spirited skip through an all-new world of hazy guitars and embracing storytelling, it sees Sego finding comfort in the worn-out Converse of Mac DeMarco, Darwin Deez and their similarly slack pop pals.”
DIY

“Ones to Watch”
The Guardian

L.A duo Sego have announced UK and EU tour dates, including The Great Escape, Dot to Dot, and a special London date at Dalston’s Servant Jazz Quarters. The band, who’s critically acclaimed slacker-indie-pop debut album will be released in the UK on May 6th, have also shared a brand new remix of radio hit, ‘The Fringe’.

The Fringe centres around lead-singer Spencer’s observations of today’s technologically stimulated culture – written from the perspective of someone who doesn’t own a smart phone. “Los Angeles has particularly cold concert/party habits.” says Spencer. “The movie Swingers illustrated this idea very well back in 1996. It used to be my favourite film before living here. It’s funny how nothing much has changed in 20 years except the fact that everyone has a phone to keep them company so they don’t even have to pretend to be interested.”

The 13 track album will be released via Raygun Music in the UK, and Sego collaborated with visual artist Gustavo Torres aka Kidmograph to create visual loops to accompany each of their songs.

Sego has previously released two wildly inventive EP’s – Wicket Youth via the French taste-maker label Kitsune and Long Long Way From The Fringe with their US label Dine Alone Records. Sego is oft compared to DFA or LCD Soundsystem, though the duo play everything live with a penchant for classic instrumentation, perhaps more reminiscent of Mellow Gold-eraBeck or Pavement. Their stream of consciousness lyrical style often muses on the mundane in life, using word play, witticisms and slacker criticisms of the world they see around them.

Spencer Petersen and Tom Carroll grew up as “good ol’ Utah boys.” Spencer is a multi- instrumentalist who writes songs from the drumbeats up. Tom hails from a family of traditional Irish dancers and cut his teeth in a drum-and-fife band. The two met while playing together in an outfit called Elizabethan Report (later known as Eyes Lips Eyes). They left Utah, moved to Los Angeles and watched projects build and fizzle as they grasped at something akin to adulthood, never quite reaching it and never being too upset about the mistrials.

Spencer and Tom operate out of what they call the Cube, a warehouse in downtown L.A. that’s part industrial-park facility, part urban hippie commune. It was here that Spencer wrote and recorded most of the tracks on Once Was Lost Now Just Hanging Around and the previously released EPs Long Long Way From the Fringe (Dine Alone) and Wicket Youth (Kitsune).

The rhythms that propel these songs are more than just dance tracks, but something closer to musical manifestations of Spencer’s own skewed sense of alienation and skewed sense of self.

“I started writing songs with the intent of having someone else sing them, mostly just snippets in a notebook,” says Spencer, who has always played a sideman role in previous projects. “But other singers weren’t panning out, so I guess it was up to me. This is my first attempt as a singer, which is a whole different scene. I was surprised by how personal it is in both the writing and the performing. I’m not Springsteening it and writing about these characters. It’s my life.”

Pre-order Once Was Lost Now Just Hanging Around HERE 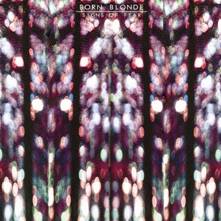 Save Your Breath Launch Pre-Order For Upcoming Animal Style Records Debut, There Used To Be A Place For Us (CD/LP/Digital), Out October 8