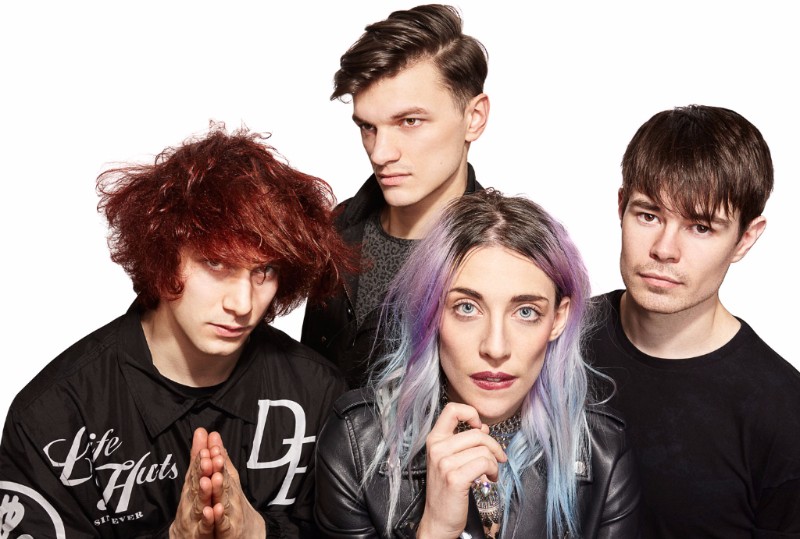 Rising Scottish rock outfit Vukovi announce the release of brand new single ‘Animal’, released May 13th through Lab Records. Perfectly titled, it sees the band unleashing their feral side, pounding through three and a half minutes of perfect power-pop-rock that stomps along like the fortified gates have just crashed down around the zoo and the beasts are free.

“Animal is all about karma and the animalistic qualities of it,” explains vocalist Janine Shilstone, “Once you’re on its wanted list there’s no escaping it. It’s a feisty, energetic and powerful song to us, which I think musically, reflects well with the meaning of it.”

The video that accompanies the track allows Vukovi to go suitably wild, smeared in tribal make-up, the camera rotates around the band, harnessing their energy and feeding it directly into our senses.

“We wanted the video to be visually animalistic as well hence why we wanted to transform ourselves away from our natural look” continues Janine. “I like the thought of us looking slightly demonic to tie in with the karma theme.”

‘Animal’ is available to buy from April 15th on the links below.