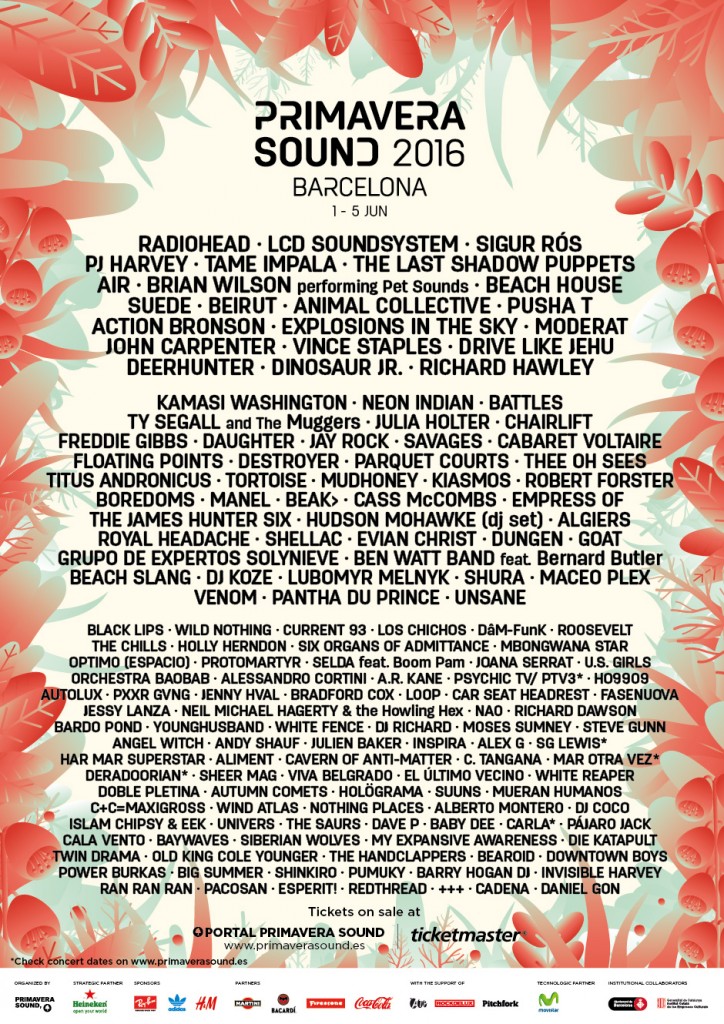 The ever more select complementary programme Primavera al Raval will be concentrated in this central Barcelona neighbourhood.

‪Primavera Sound 2016 VIP full festival ticket in Barcelona is on sale too at the price of 250€.

‪Concerts on Wednesday 1st June at the Parc del Forum will be free. There are no age restrictions to go to Primavera Sound festival (except in some of the pre-festival and post-festival concerts).