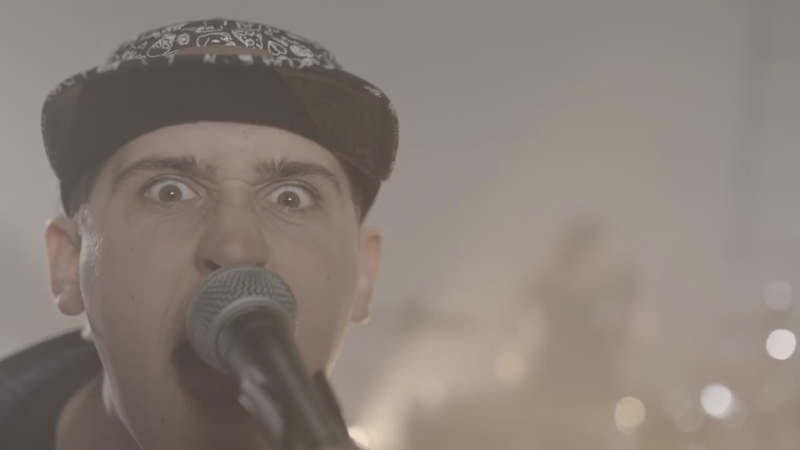 Sheffield pop-punkers, Fierce Morgan have revealed a music video for ‘Elders’ their latest single taken from ‘Misanthropy’ which comes out March 18th.

The video which features front-man Owen Cousins on receiving end of abuse from his elders, was filmed in Owlthorpe, just outside of Sheffield where the band all live and work. Directed by James Davies of Comvito ‘Elders’ is divided up between a live performance shots and a narrative that follows both Owen Cousins and his father Andrew.

The track which is among the most emotionally fuelled songs on their new EP ‘Misanthropy’ touches on the divides caused by generation gaps and how young people are often expected to live their lives the same way as their parents. Commenting on the song, front-man Owen Cousins said:

“Elders is about that feeling of disapproval, that feeling of disdain you get from the generation above us. That whole “looking down your nose” thing you experience when you tell them you’re just working part-time or you’re house-sharing with a friend cos it’s much cheaper, or that you haven’t quite found that graduate job they think you should be working by now.

We’re in a land of opportunity completely saturated by people a similar age who are all equally as qualified with nothing to make them stand out, and yet the older generation can’t understand why we aren’t living life the same way they did when they were younger.”

‘Misanthropy’ will be available on March 18th via the band’s Bandcamp page –fiercemorgan.bandcamp.com.