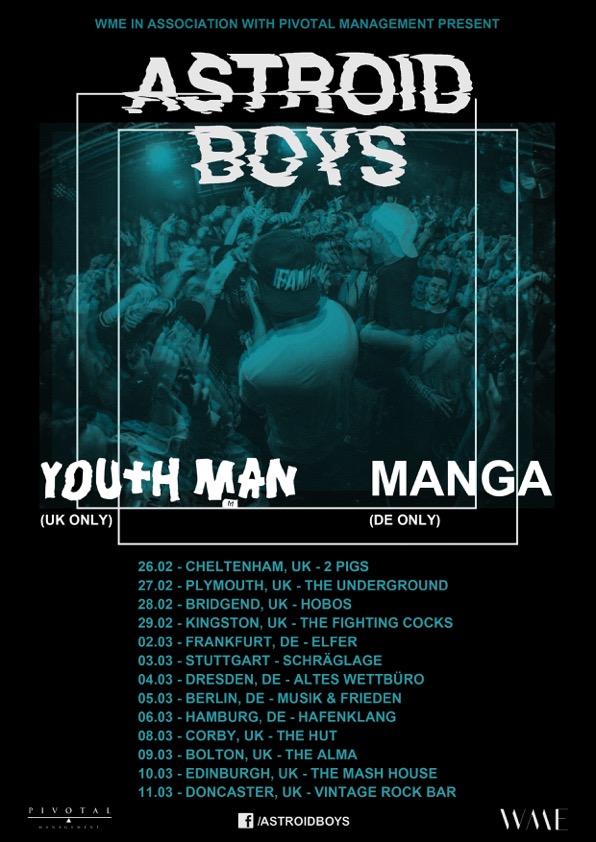 Watch The Video For ‘Pigs’ Available For Free Download HERE

Commenting on the news, the band say: “Astroid Boys are legit punks! We’re no strangers to a racuous show but those guys are next level. We’re so pumped to be a part of this tour.”

A new EP is scheduled for release in Spring 2016 and will feature latest single ‘Pigs’ – the video for which can be seen here:

The trio have recently been out on the road throughout Europe and the UK with German punks Adam Angst, KMPFSPRT, and Brighton band Tigercub. 2015 saw them take on an impressive run of festival appearances including Montreux Jazz Festival, a slot of the Lock Up stage at Reading and Leeds Festivals and a raucous set at Wickerman.

‘Hill of Knives’ is out now and can be purchased here.