The Next 12 Months With…
Skinhorse

Our next special prying into the future of local talent, we chat to the roaring sounds of the well known intense duo Skinhorse. The pair are certainly no strangers to the site and we’ve watched the two work incredibly hard over the years with extensive live shows and a momentous 7″ release. We had the pleasure chatting to the thunderous 2-piece to find out more about their fierce and obnoxious instrumentation and what plans they’ve made for the year ahead. 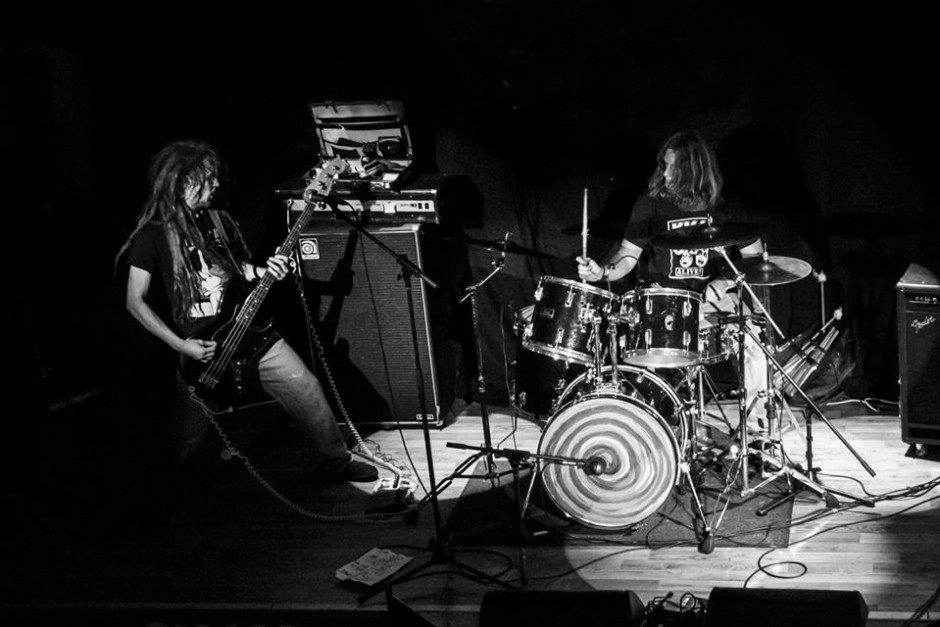 Andy: I knew Ben from his other band PLANECRASHER; I had the idea to do a bass&drums band for a while, so we started jamming mid-2012. The name comes from a Melvins song.

Ben: Andy ‘King Busso’ Williams drove Planecrasher and Fetus Christ during the FC/PC tour of 2012. This was the first time we’d discussed putting something fuzzy together and ended up jamming a few weeks after the tour.

Andy: variety, Hereford is a small city so gigs have all sorts of bands playing together out of necessity, I think it breeds open-mindedness.

Ben: Bands seem to be sticking together a little more than they used to; gig-swapping, sharing each other through social media and organising monthly shows that don’t clash. We realise that we have a limited audience and to split the crowd could be the death of us all!

Andy: We released our debut EP on 7” vinyl last summer and toured all over the country for that, played a lot of new places, we should be recording a follow up to that soon, we’re looking at expanding our sound and really trying to make the biggest possible sound a duo can produce.

Ben: Possibly get over to Europe this year too, fingers crossed!

For those of us catching you live over the next few months what can we look forward to from your performance?

A ringing in your ears

If it feels good, do it

A huge thank you Andy and Ben! Look forward to hearing more from you and good luck getting over on a EU tour!