The Next 12 Months With…
Raptor!

Our next special prying into the future of local talent, we chat to talented brothers Kurt and Adam who make up the outfit Raptor! This duo are constantly evolving, with the hard working live efforts the pair project, we had the chance in chatting to Raptor to find out about what this year has planned for them. 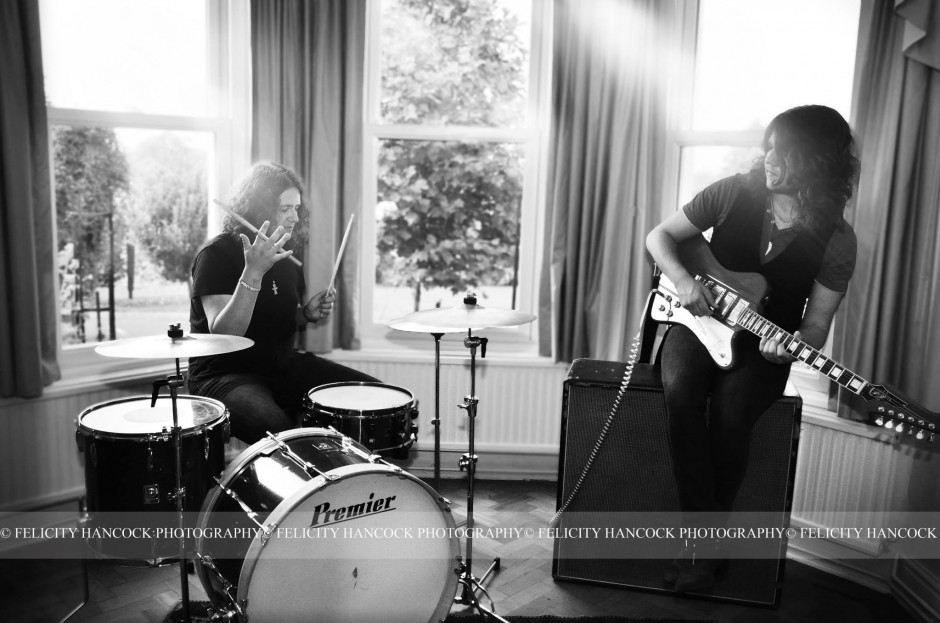 Adam: I’m Adam and I play drums for Raptor.

Adam: The name came from a situation where we were booked for a gig and didn’t have a name! We are brothers and at the ages of 7 & 9 we picked up instruments out of boredom. We always perform as a trio, we’ve got our friend Elliot Teague with us live who is playing the bass guitar.

Kurt: I think the name really suits our sound and style, especially with the big green psychedelic logo (drawn up by our wonderful friend Ria Parfitt). It’s weird to think that we’ve been playing together for longer than we haven’t, so much so that we know exactly what each other is about to do before they do it.. It’s an unspoken connection, like a higher power, instinctive kinda thing.

Kurt: We love how communal the venues vibes are. When we perform we really feel like we are sharing an experience with the audience, It’s not just a show but more of an event, a happening. The fans who come out to see us are ace and I love nothing more than dedicating the time to everyone I can.

Adam: The scene on a whole is really picking itself of the ground, which is great to see! We played a show on Friday with our Friends, the Troy Redfern Band & As Mamas, the venue was packed – really inspiring to see what can happen when people work hard, look after each other and put their heads together.

What’s your plans for 2016- new releases / recordings tours etc
Kurt: There is a load of material in the works. We can’t divulge too much info yet but we have had a lot of interest from A&R people and Record Labels in London, there’s a lot of really cool things coming up for us.

For those of us catching you live over the next few months what can we look forward to from your performance?

Adam: When we perform live it’s not just a gig – It’s a performance. I like to think we give our absolute all, every time. Expect to see and hear big Psychedelic Rock.

What shows have you already got planned or penciled in for 2016
Both:

We played our first show of the year with Troy Redfern & As Mamas at The Booth Hall, Hereford. Unbeknown to us was Verden Allen & Martin Chambers from The Pretenders/Mott The Hoople in the audience! We’ve got a show on March 5th (Adam’s Birthday!) with Troy Redfern again and Mick Ralphs from Mott The Hoople along with a load of other great bands at Left Bank in Hereford. Then on April 30th we are back again at Left Bank as main support to Deborah Bonham (John Bonham of Led Zeppelin’s sister). In May, we are performing at The Stag & Hounds in Bristol with a US band called Black Lung. There are also some exciting shows booked up later in the year that we can’t say too much about just yet…

Kurt: All of our shows, news and releases can be found on Facebook, Twitter & Reverbnation. Things are always being added and are changing on there so be sure to keep your fingers on the pulse.

Both: Our Debut E.P. is available in CD format and available to buy from gigs or on iTunes. Like we said before we’re working on some very cool things that we can’t wait to share with you!

A huge thank you for spending time with us, a very promising year ahead for such a vivacious act.