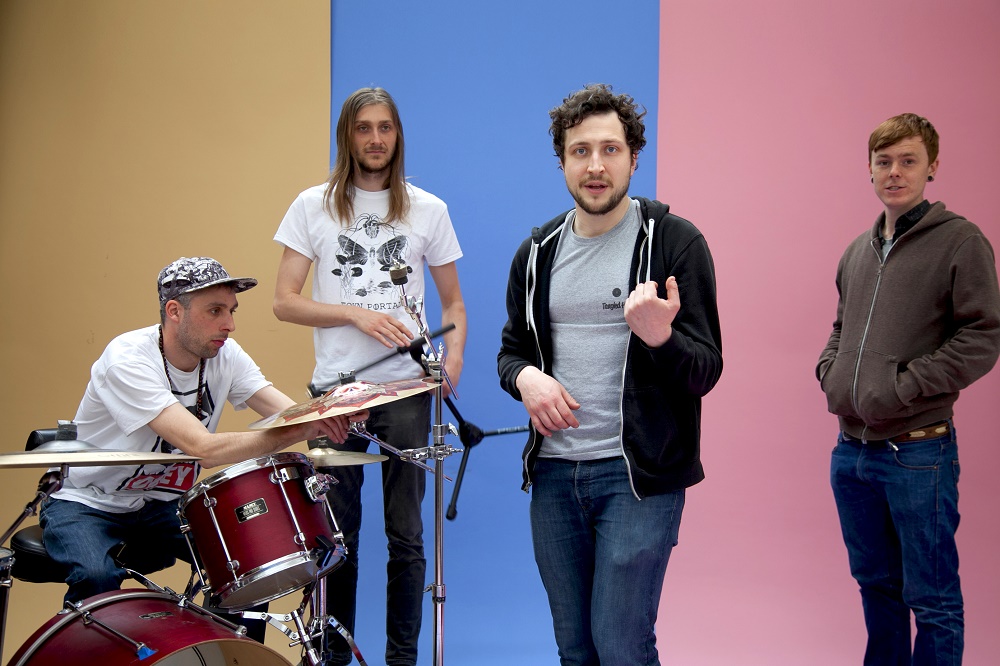 Getting everyone in the mood for the festive season, the band and friends have recorded and filmed a live cover of Chris Rea’s yuletide classic ‘Driving Home For Christmas’ at the Small Pond HQ in Brighton to round off what’s been an exceptional year in typically oddball style.

“This is the most musically accomplished we’ll ever be so we might as well give up now” state the band, tongue in cheek.

Delta Sleep’s debut album ‘Twin Galaxies’ was released earlier this year via Big Scary Monsters Recording Company and was hailed by many as the math rock release of the year, drawing in praise from The 405, Rock Sound, Q Magazine, Clash, GoldFlakePaint, Echoes & Dust and more. Respected math blog Fecking Bahamas put the record at #3 in their Top 20 Math Releases of 2015 with Musical Mathematics hailing the album as a record which would “no doubt define the math rock sound for the next generation.”

On the live side, headline UK and EU tours were bolstered by an array of festival appearances including Handmade Festival, Truck Festival and the holy grail of math and post-rock ArcTanGent, with radio support coming from Huw Stephens at BBC Radio One as well as plays from Amazing Radio and more digital stations.

Once described by a wise old man as an “enchanted battle between At The Drive-In and Mogwai for the city of Faraquet in the land of Radiohead” their live show is a force to be reckoned with – intense, captivating and extremely tight, they win over their audience at every turn.

The ‘Twin Galaxies’ album is out now via Big Scary Monsters

Purchase on iTunes or direct from the BSM Store