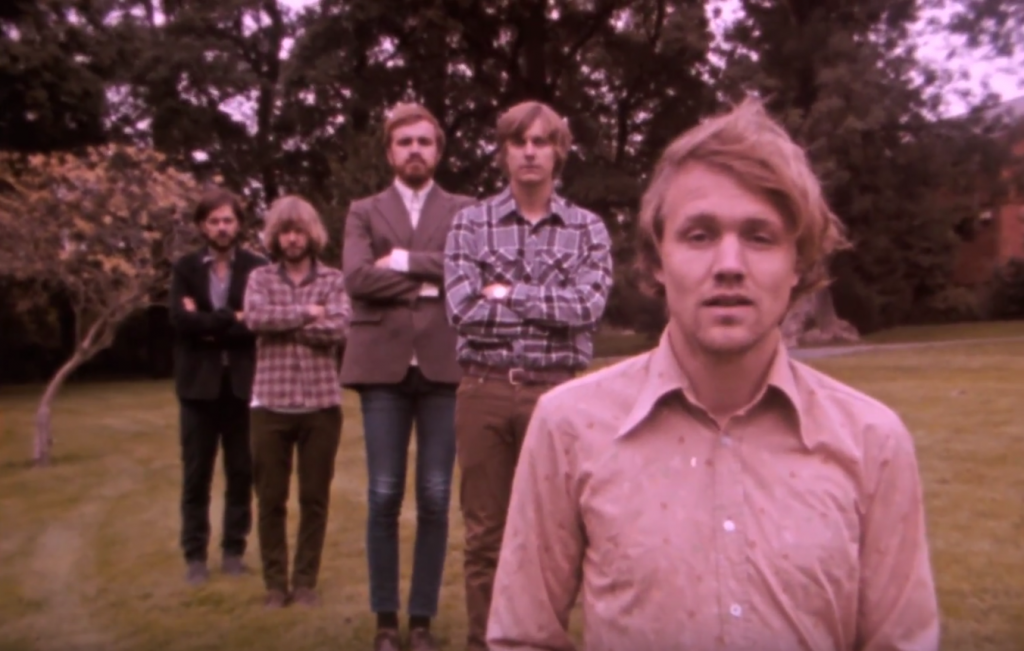 “A warm sea of fuzzy psych loveliness” – Londontheinside
“Dråpe create a record that’s easy to grasp, but one that also offers a great deal of lyrical and textural depth.” – The Line of Best Fit
“A dreamy, upbeat brand of lo-fi psych-pop… extremely satisfying” – Glasswerk
“They’re just much better at music than (most of) you.” – Konbini
“An aural gateway to another, slightly chillier, dimension.” – Clash
“It’ll create warm, fuzzy feelings in your heart” – The 405
“A summer synth-pop delight which we’re loving” – Never Enough Notes

Following the release of their fantastically catchy & euphoric new album ‘Relax/Relapse’ this October on Riot Factory, Norway’s Dråpe have shared a new video for track ‘Round and Around’.

Directed by the band’s guitarist Even Hafnor, who is an award-wining filmmaker in his own right, the clip surmises the band’s slightly surreal take on the world.

Hafnor describes the clip as: “An homage to music video’s from the 60s.”

He continues: “The idea behind the video was to try to recreate the style, and, well.. the weirdness of music videos from the 60´s. I love the naivety of these videos, the lined up choreography, the naive (but charming) use of camera and the stiff performance by the band. I like how controlled the artists are in videos from that time, today many artists try so hard, which I find a bit tiresome. To get the look we wanted we used my grandfather’s film camera from the sixties and we tried to use only picture compositions that we had seen in music video’s from the sixties.

I felt that this atmosphere suited the vibe and lyrics of our song.”

With a line up of Eirik Kirkemyr (drums), Lars K. Boquist (bass), Even Hafnor (guitar), Eirik Fidjeland (synth & harps) & Ketil Myhre (vocals & guitar), the band started via a life-long friendship between Ketil & Eirik F who both grew up in a small town in the south of Norway called Kristiansand. It was in 2009 that they decided to move to Oslo & met the other band members & so Dråpe was born.

Dråpe combine a hazy 60s psych-rock feel with their own modern twist to create a euphoric daydream of a record circulating around themes of seeing a light at the end of the tunnel.

Felix Hagan & The Family unveil ‘Some Kind Of Hero’ video