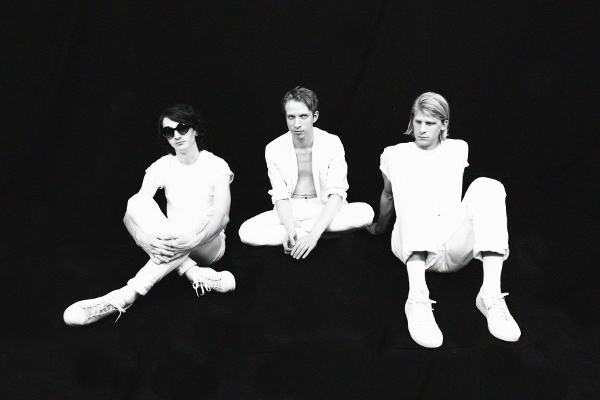 London gig this Thursday at The Waiting Room (N16)

Copenhagen’s Shiny Darkly today release their debut album Little Earth. The album is available to purchase now via iTunes and their label Crunchy Frog. The band will celebrate the UK release of the record with a show at London’s The Waiting Room, on Thursday 11th June. Tickets are available now.

Building on the raw, punky energy of Shiny Darkly’s first EP’s, Little Earth breaks new land as the band ventures into a sonic landscape of more expansive and atmospheric textures. Thus, the album moves between organic noisy post punk melodies and epic ballads. It is simultaneously melodic, chaotic and frayed at the edges, evoking a rare blend of icy ferocity and high octane sex appeal.

This is no more evident than in their most recent music video – filmed in a Copenhagen sex club. Watch the NSFW video for ‘Animal Fate’ on YouTube.