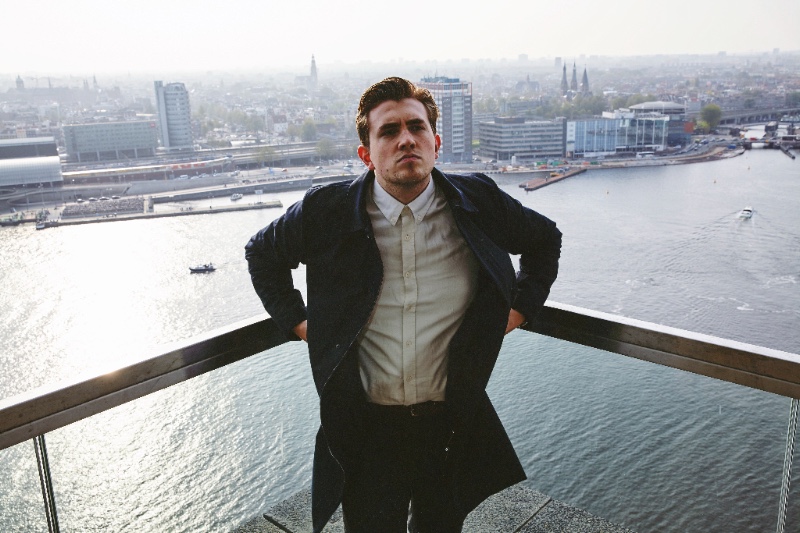 “Flóvent shows off a more instantly hooky side of himself on this offering, with riffy chirrups, clattering percussion, and even a sax solo at the end.”
Line of Best Fit

“Icelandic singer-songwriter Axel Flóvent’s ‘Forest Fires’ serves as a poetically-penned picture postcard from the wild-places of the heart, signed and delivered by campfire-lit guitars and snowflake falsetto.”
Q Magazine

Hotly tipped Icelandic singer-songwriter Axel Flóvent returns with infectious new single ‘City Dream’ on Epic Amsterdam/Sony Music. Produced by Tim Bran and Roy Kerr (MyRiot), who have worked with the likes of London Grammar, Birdy, La Roux, Rae Morris and more, the track chronicles Flóvent’s battle with his inner demons—a battle that was won in the wake of an abrupt life change.

Hailing from Icelandic town Akureyri where the singer studied art, Flóvent made a hasty move to Amsterdam this year, following a period of feeling “isolated and overwhelmed”. This chapter in Flóvent’s life ultimately led to the formation of ‘City Dream’. “’City Dream’ is such a chapter change for me in every way” explains Axel. “I’ve moved to another country, all new people around me, I feel more in control over what I’m creating in terms of fewer mental devils holding me back inside my head. Exploring this whole new version of the world I never knew before.”

The musician was discovered in 2015 following the release of his debut EP ‘Forest Fires’, attracting huge critical acclaim and amassing streaming figures well over 20 million. Flóvent signed to Epic Amsterdam/Sony Music in 2016, and toured heavily across the UK and Europe in support of his cousin – global indie-pop singer Ásgeir – also appearing at SXSW, Eurosonic and The Great Escape. The artist is now gearing up for a run of European dates this winter, including an appearance at London’s Mirrors Festival(alongside Pinegrove, Lomelda, Ultimate Painting and Phoebe Bridgers), and Iceland Airwaves Festival in Reykjavik (alongside Mumford and Sons, Fleet Foxes, Aldous Harding and Ásgeir). This year, ‘City Dream’ even caught the attention of European holiday company Sunweb, who will be using the track across their upcoming advertising campaign.

Flóvent’s captivating and soothing vocal sits amongst a compelling blend of ‘80s art-pop inspired guitars, saxophone, keys and soulful hooks throughout ‘City Dream’; its contagious chorus pulling at the heart strings and painting a vivid picture of bright city lights. The rising musician explains how his mental health was affecting his writing at the time he penned the song: “I always felt like when I went back to Iceland after tours and travels, I was less in control of my writing and my overall mind-set. The country and the society, can be so isolating & overwhelming, especially when you don’t feel like you fit in.”

Expanding on the lyrical themes of ‘City Dream’, the talented artist said: “It’s been a two-year journey since I released ‘Forest Fires’, and I’ve played in lot of amazing countries, and a lot of amazing festivals, but for some reason everything felt out of place. And I didn’t have a clue what I was doing, and I always had the dream of trying to move some place else. Don’t get me wrong, I love Iceland and I always feel really safe and peaceful going there. But I’m not supposed to be there for now. So that is what ‘City Dream’ is about.