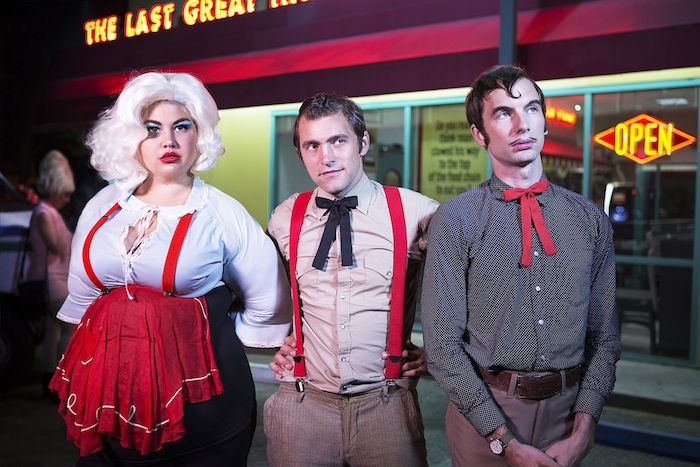 Hardly Art (Chastity Belt, Colleen Green) are excited to announce the new album from San Francisco Bay Area trio Shannon and the Clams. ‘Gone by the Dawn’ is due September 11th.

The 1950s-flavoured band debut leadoff single ‘Corvette’ along with its evocative music video, directed by Loren Risker for Out of Focus TV. It showcases the band’s soulful, crooning indie garage rock sounds as lead singer Shannon Shaw embarks on a surreal romantic getaway.

The band was forged in the anachronistic remote communities of the west, in some strange mixture of computer show and country fair; their music is some odd alloy of The Last Picture Show and The Decline of Western Civilization. The pioneer spirit of western life is all over this band: pushing into the unknown, blazing their own trail, creating their own destiny, with the accompanying canyon-esque loneliness and untamed joy only truly known by those with the courage to pull up stakes and head off into the big empty sunset.

For Gone by the Dawn, the Oakland trio hooked up with studio wizard and renaissance-man Sonny Smith to record the album at Tiny Telephone Recording in San Francisco. Best known as the driving force behind San Francisco’s beloved Sonny and the Sunsets, Smith uses his refreshing production techniques to create an engaging sonic landscape without compromising the Clams’ signature Lou Christie-meets-The Circle Jerks sound. The Clams have evolved: their skills are sharper, their chops are tighter and weirder and they’ve added new instruments to the mix. A whole new dimension of the Clams has emerged.

‘Gone by the Dawn’ is the band’s fourth album & second album for Hardly Art, following 2013’s acclaimed ‘Dreams in the Rat House’.

‘Gone by the Dawn’ artwork: