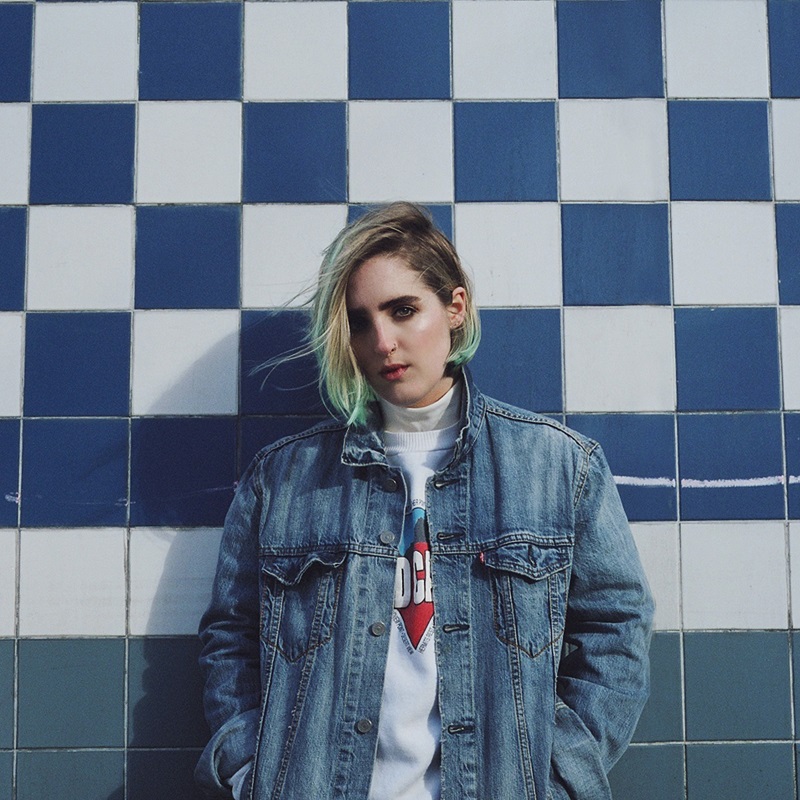 Shura has announced plans for new single ‘2Shy’, which premiered on Annie Mac’s first show in her new slot at Radio 1. This follows a breakout finish to 2014 for Shura, with debut track ‘Touch’ approaching 10 million hits and recent single ‘Indecision’ landing the Anglo-Russian singer a nomination for the BBC Sound Poll, an iTunes Top 10 and the In-New-Music-We-Trust list at Radio 1. Having sold out her second ever London show at Village Underground (March 25th), Shura has confirmed plans for a headline date at Brixton Electricthis September, with festival slots already confirmed at the likes of SXSW, Field Day, Latitude, Festival No.6 and Bestival (plus European dates with Hot Chip and ‘Indecision’-remixers Jungle). ‘2Shy’ is available now on iTunes and streaming sites via Polydor, with further remixes, live and video plans to be announced in the coming weeks.

Arriving at the spaghetti-junction of a blossoming relationship, ‘2Shy’ is perhaps Shura’s most openly awkward, emotionally affecting but assured-where-it-matters composition to date. Slower and more stripped-back, there’s a blend of the gossamer-light, R&B torch songs of Mariah Carey with the homespun indie of Haim, shot through with a playfulness that will also think little about including a drum section inspired by Phil Collins. Pre-dating the break-up anthem of ‘Touch’ and the writing-on-the-wall of ‘Indecision’, ‘2Shy’ captures that more romantic, will-they-won’t-they frustration of a friendzone: “Let’s go find a corner we can sit in / And talk about that film instead of us / Even though throughout it, I was thinking / I was gonna say I love you afterwards.” This time, though, it’s just as much about your relationship with yourself, and those more universal insecurities (craving a cigarette, worrying about your outfit) which remain unsaid as you pass someone in the streets. Which is precisely what Shura did when she took to the Uxbridge Road with her Mum and recorded the noise of passers-by, gifting ‘2Shy’ the somewhat unique guest-feature of one man selling a QPR scarf.

A performer, producer, remixer and video editor, 23-year-old Shura was born in Moscow to a Russian actress and an English documentary filmmaker. As a teenager, her growing interest in electronic music was set against a natural flair for football (for five years she played for Manchester City Girls, much to the surprise of Dad, who’d spent ages trying to discourage her twin brother from sport instead). Shortly after University, Shura worked for brief time in South America, contemplating future music and messy break-ups in the appropriately-charged Amazon rainforest (where “everything wants to kill you” anyway). She returned determined to throw herself into things, writing songs in the night-shift role of a video editor, and recruiting her friends to kiss on camera for the quickly-viral video for ‘Touch’: many of whom turned up one year later in ‘Indecision’, another striking treatment on sexuality and shared passions. It’s this DIY, contemporary twist on iconic Pop which extends to her visuals – the new single’s artwork, following a life-long obsession with Sci-fi, depicts Shura as an isolated astronaut, mirroring this sense of being cut off from the world. Quickly becoming one of the most resonant voices of 2015, Shura suggests that the quiet, ‘2Shy’ amongst us may in fact be the ones to watch.