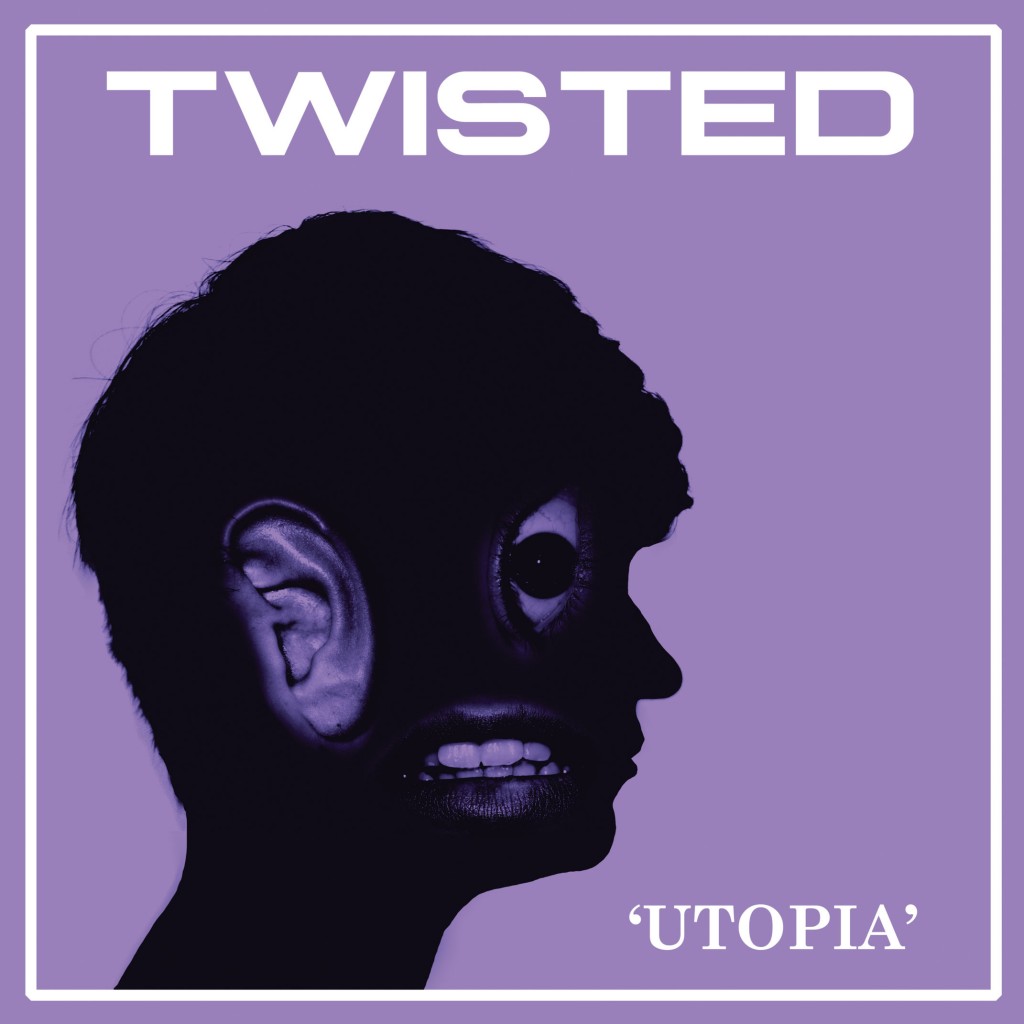 TWISTED is a garage-punk band that started out as Jon Mohajer’s bedroom project in Porthcawl, South Wales in 2008. When Jon packed up and moved to Leeds for university, he took TWISTED with him, and after pulling together a group of assorted miscreants (all of whom now play in HOOKWORMS), played a slew of gigs and put out a couple of 7”s in 2009 and 2010. In 2013 the relentless draw of Rest Bay’s swell finally pulled Jon back home, where the reset button was hit on TWISTED and a new line up was formed with old Welsh friends; Nick Russell, Chris Thomas and Livi Sinclair.

The debut LP, ‘Utopia’ was recorded a stone’s throw from the sea in Porthcawl, summer 2014. ‘Utopia’, a Greek word which means “there is no such place”. TWISTED sings about the existential crisis in its bones. It is terrified of the tremendous force of love. It knows about being young and lost, the push and pull of pleasant towns. TWISTED is angry at street harassment and the stigmatisation of mental health.