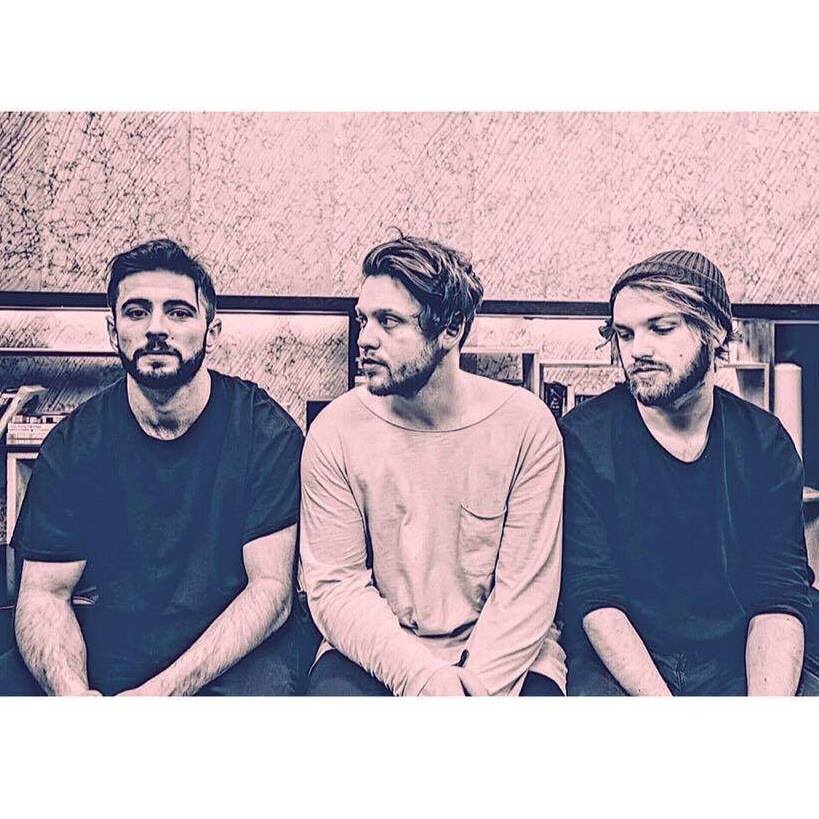 Friends of Friends are a brand new indie band based in Leeds, creating melodic and rhythmically ardent songs with influences that range from 90s Midwest Emo, Electro-pop and Latin music into their sound.

‘Crossroads’, the first single lifted from their debut EP ‘Picture House’, is an expansive, driven track– the urgent drums that intro the song are the mission statement of a band who know what they’re doing.

The three-piece, consisting of singer and guitarist Robbie Tooth, guitarist Dominic Marshall, and drummer Tom McAndrew, started out as Robbie’s bedroom project, before Dominic and Tom joined to help record. The sessions went so well, that Tom made the drastic relocation from Bristol to Leeds and the group was cemented.

Keen to not run before they could walk – a pitfall of many a young band, the trio diligently worked for a year writing material that created the foundation of the sound of ‘Picture House’ – the considered pop songs with an undeniable math rock influence make up an intricate sound that could only come with this dedication to writing.

Dipping their feet in the water, they released two stand-alone singles, which garnered support straight away from BBC Introducing. Friends of Friends with this confidence boost behind them, started developing their live shows playing across the North, with their first show at the Lending Room, which coincidently Alt J also played their first ever gig.

‘Picture House’ could only have come from a band that have played live extensively and spent in the graft – Friends of Friends are a band that create moments in songs through their finely tuned vocal harmonies to make a room of any size feel as big or small as they want.