MALKA releases new single ‘No No No’ 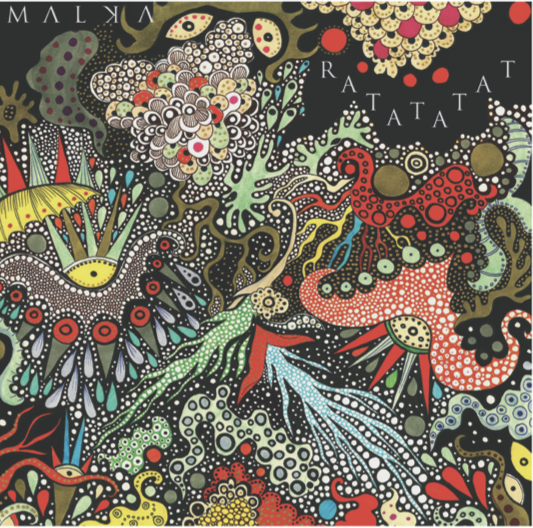 MALKA
‘NO NO NO’
NEW SINGLE OUT NOW
LISTEN ON SOUNDCLOUD

Scottish experimental alt-pop songstress MALKA has released her brand new single ‘No No No’, the latest song to be taken from her forthcoming second album Ratatatat due out October 20th through Tantrum Records. The album is available to pre-order through PledgeMusic – http://www.pledgemusic.com/projects/malkamakesmusic

MALKA incorporates dark throbbing bass among a colourful explosion of carnivalesque world sounds on ‘No No No’. She delivers an uplifting message of progress in a climate of oppressive leaders across the globe.

Regarding the single MALKA says, “‘No No No’ was one of the first songs I wrote for the new album. It helped me to define the sound I wanted to go for. Lyrically the song is about the NHS. The fight to protect something of great importance to our country, but equally it could be about fighting for something you really believe in.”

LISTEN TO ‘NO NO NO’ HERE

The new single is the fourth to be taken from Ratatatat, following the release of ‘Breakout’,‘Fell For You’ and ‘Falling’ this year. The tracks have received strong support from Lauren Laverne and Chris Hawkins at 6Music, and achieved critical acclaim from the likes of The Independent, Drowned In Sound, Line Of Best Fit and more.

Elsewhere on Ratatatat, MALKA incorporates a euphoric synth explosion on ‘Freedom’, while Asian influences are steeped on ‘Gold’ and ‘Don’t Need Anyone’. The album closer ‘Circles’ meanwhile completely affirms MALKA’s enthralling vocal abilities, incorporating a round of her mesmerising social commentary while addressing the impact of karma.

Ratatatat follows the release of MALKA’s acclaimed 2015 debut Marching To Another Beat,which was also launched through a successful PledgeMusic campaign which far exceeded its target. Regarding the new album MALKA says, “The album has lots of political references, albeit hidden behind pop melodies.”

MALKA has announced a seven-date UK headline tour in support of Ratatatat, which starts in Edinburgh at Sneaky Pete’s on November 1st and finishes at The Wonder Inn, Manchester on Number 16th. She will headline The Lexington, London on November 14thand has also been announced for We Are Robots Festival, taking place in the capital on November 3rd. Full tour dates can be found below:

Tickets are available now through Songkick

“’Combines the effervescent eclecticism of tUnE-yArDs with her own radio-friendly pop sensibilities.” – Line Of Best Fit