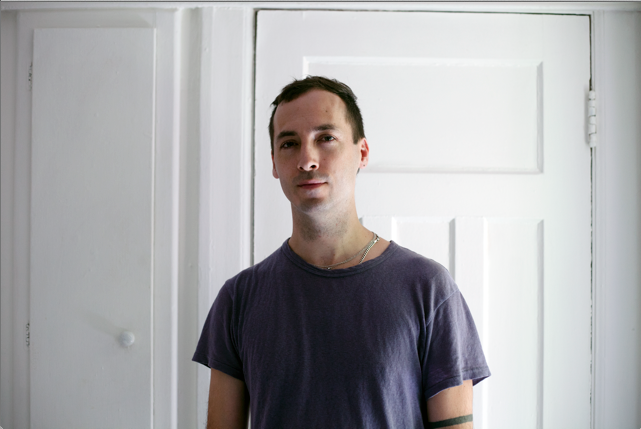 TIM HECKER ANNOUNCES TOUR DATES FOR NOVEMBER
The sounds of Tim Hecker are as unorthodox as they are unfathomable in structure, seamlessly transforming one abstract movement into another, and another, and another – while toying with dissonance and beauty, minimalism and surrealism, and the total mental and physical immersion in sound.  This November audiences can experience these pioneering soundscapes, see below for the full run down:
TOUR DATES

11/14/2014 Aalst, Belgium, Network Centre for Contemporary Art
11/15/2014, Hamburg, Germany, Greatest Hits Festival, Kampnagel
11/16/2014 Brighton, UK, presented by One Inch Badge, Audio
11/17/2014 Bristol, UK, presented by DHP Family, Thekla
11/18/2014 Leeds, UK, presented by DESTROY ALL MONSTERS, Belgrave Music Hall
11/19/2014, Liverpool, UK, presented by Kazimier Concerts, The Blade Factory
11/20/2014 Dublin, Ireland, Misery Beat & Enthusiastic Eunuch presents, Button Factory
11/21/2014 Glasgow, UK, Stereo
11/22/2014 Utrecht, The Netherlands, Le Guess Who? Festival
You can listen to“Virginal II” from the 2013 album Virgins:
https://soundcloud.com/kranky/tim-hecker-virginal-ll
For guest list, and all other promotional enquiries, please do not hesitate to get in touch.
““Prism and Virginal I sound like Terry Riley’s In C weeping tears of blood, while the ominous chime of Live Room suggests as exorcist is required. A record tremblingly alert to the darkness, it flickers like a candle in the gloom, a victory for the forces of good against all odds.” – Q [4 STARS]
“Ranging from percussive repetition and delicate minimalism to blurred abstraction and kosmiche illuminations…that Hecker ultimately brings these disparate threads together into such an engaging, rewarding whole speaks volumes about the breadth of both his imagination and compositional agility.” – MOJO [4 STARS]

“Masterful” – UNCUT [8/10]
“Hypnotic light play transfixes you for the length of Tim Hecker’s subtly lustrous “Black Refraction” recalling childhood glee at making rainbows on walls, but now with a very grown up soundtrack. For anyone who has ever seen him live in a church – a definite bucket list addition if it’s at all your thing – there’s the added ghost of shivers past to be enjoyed.” – DAZED DIGITAL

“This is definitely neither ‘ambient’ music, nor ‘glitch’ music, nor ‘new age’ music or anything of the like. Hecker’s trailblazing.”  – QUIETUS
“”Hecker’s constructions never collapse into simple harmonies or traditional crescendos for the sake of emotional impact. Instead, they build awkwardly towards strange and jagged peaks before crumbling into patches of desolation that are both beautiful and painful. His tracks are not bloodless academic experiments or hacked-out splurges of noise; they shiver and howl with a passion that challenges the shapes we expect such emotion to take. There is a kind of pure, cathartic rage in Virgins and it leaves moments of intense peace in its wake.”  – RESIDENT ADVISOR

“’Virgins’ is Hecker in less-noisy-than-usual mode, and the album’s opening and closing tracks – ‘Prism’ and ‘Stab Variation’ – sound so out-of-body and celestial it’s like a trip to church after four days without sleep.” – NME [8/10]

“Multi-layered and meanderingly hypnotic, its subtle, subliminal resonances immerse the listener in a humanist transcendentalism. A daringly deconstructed soundtrack of the spheres.” – CLASH MUSIC [8/10]
“This record bears just as much resemblance to the brutality and transcendental chaos of a Swans concert. The layers of noise, which at first may seem intimidating, are so harmonically rich they immerse the listener as the sounds interact creating new and unexpectedly mellifluous sounds. It is perhaps not so much the impermanence of beauty that this record suggest but the innate ability of beauty to spring from the most unlikely of sources.” – THE LINE OF BEST FIT [8/10]

“An immersive soundtrack to your own personal psychodrama.” – NARC [5/5]