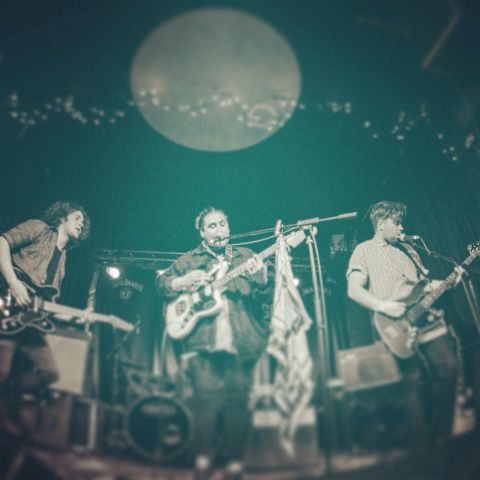 COQUIN MIGALE release their new single ‘Socotra’ via End Of The Trail Records on 29th August, its the latest track to be taken from their EP Feel.
COQUIN MIGALE’s new single ‘Socotra’ is an epic widescreen guitar anthem that has already caught the attention of Huw Stevens and Steve Lamacq. With reverb heavy guitar riffs that switch between the intricate  math-rock precision before building into towering shoegazing walls of sound. They’re laced with singer’s Alex Soper’s awe inspiring vocals that’s enticing trembling verses explode into towering, majestic choruses that will be stuck in your head for days! With comparisons to the likes of Foals, Ride and Wild Beasts hanging in the air and a buzz growing, it’s clear that COQUIN MGALE are on the cusp of something very special.

COQUIN MIGALE formed in 2013 at Northumbria University and released their debut EP ‘The Yellow Room’ as free download soon afterwards.  COQUIN MIGALE have already caught the attention of NME, The Generator and Fresh On The Net.  Tom Robinson featured their previous single ‘Gold’ on the first BBC 6 Music Introducing Mixtape of 2015, saying “Surely it won’t be long until the majors start knocking?”  After a recent London showcase it seems Tom’s prophecy has indeed been proven correct..

COQUIN MIGALE featured in NME’s Radar section at the start of the year they said ‘Gold’ the first track to be lifted from their second EP ‘is built on gale force guitars and math-rock rhythms twinned with singer Alex Soper’s soaring vocals’.