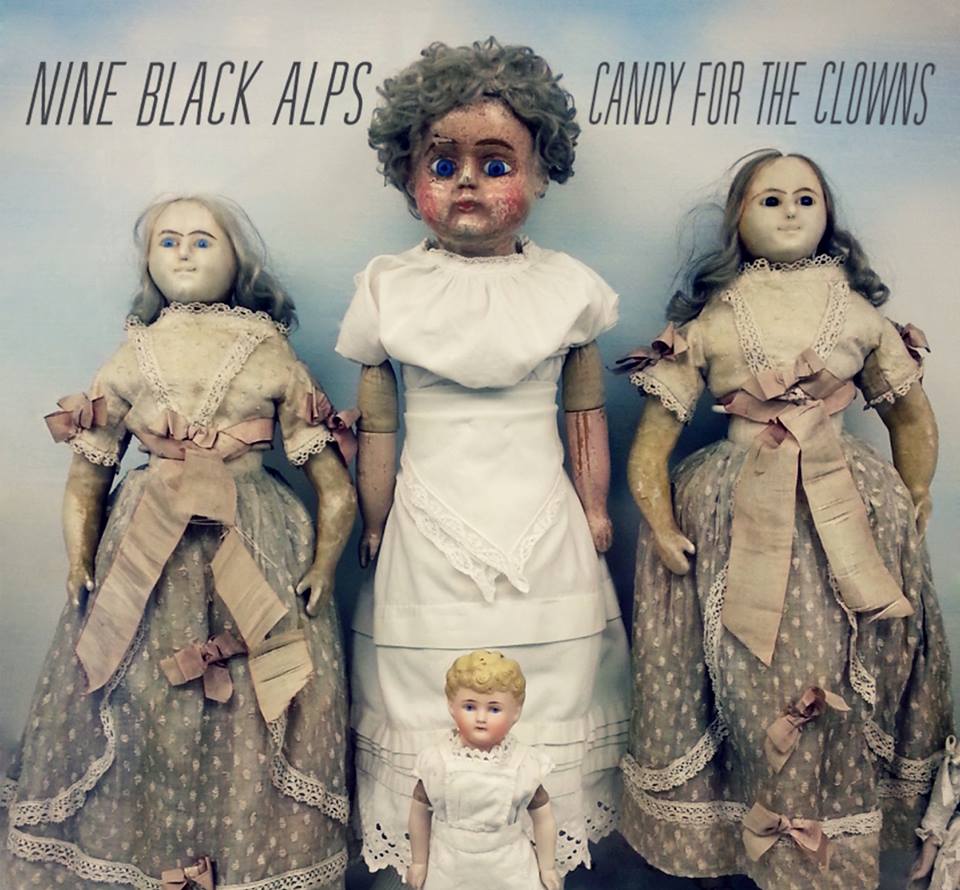 After a 3 year wait Nine Black Alps finally returned in October 2012 with their fourth studio album ‘Sirens. Now in 2014 the band show no signs of stopping by announcing details of their 5th album ‘Candy For The Clowns’.

The band were formed in 2003 in Manchester, UK and were quickly signed by Island Records after just a handful of local shows and an almighty scramble amongst the music industry. The rest, as they say is history….

Recent single ‘Novokaine’ released at the end of last year to coincide with their 10 year anniversary, and championed by Edith Bowman, (6 Music), John Kennedy (XFM) and Frank Skinner (Absolute Radio),  was the first taster of the new record. It’s a far more distorted and rockier affair that harks back to their earlier albums Everything Is and Love/Hate.

Other tracks such as their upcoming single ‘Supermarket Clothes’ capture a more British sound for the band but overall ‘Candy for the Clowns’ is an addictive balance of summer college rock and surf-pop. It will be the first album to be released on new Leeds label Hatch Records on 21st April.

Produced by Nine Black Alps and mixed/engineered by Mark Winterburn at Edge Recording Studios, it’s the clear sign of a band returning to form.

NBA will be hitting the road in April as well as appearing at Camden Rocks Festival on 31st May.