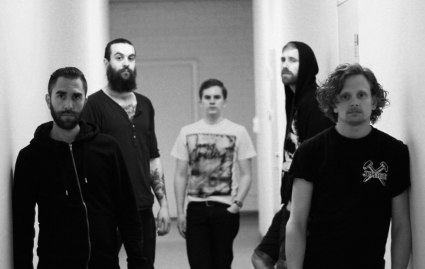 18 October 2013 Coming together from every corner of Sweden, THE WAY THEY RUN have not let distance stop them in creating one of the most addictive and infectious records you will hear this year. 4 tracks of 90’s inspired melodic punk rock, SAFE HAVEN is one of those records that will get stuck in your stereo, which you will find impossible to remove.

THE WAY THEY RUN are a band that strive to keep the energy of hardcore alive in both recordings and their frantic and passionate live shows, taking influence from bands such as Texas Is The Reason, Tom Petty and Samiam as well as harder outfits such as American Nightmare, Neurosis and Black Flag.

Vocalist, Claes, takes lyrical influence from real life situations and every day problems, lending to a real honest and genuine vibe throughout SAFE HAVEN. Topics include the alienation of society, abandonment, love and relationships, self-doubt, capitalism and pure aggression towards what our society has become.

The members of The Way They Run are certainly no newcomers in the European Punk Rock scene, having racked up endless amounts of tours, and success with their recorded output, with their other projects (ANCHOR, SISTA SEKUNDEN and ATLAS LOSING GRIP). The result is an honest rock record with aggressive guitars, melodic bass lines, hard hitting drums and melodies that will be buried into your head for weeks.

THE WAY THEY RUN are set to hit every corner of Europe this fall, to support the release of SAFE HAVEN. Keep your eyes peeled for tour dates, to be announced very soon.

SAFE HAVEN is to be released on 18/10/13, through BLACKSTAR FOUNDATION and is available on 7′ Vinyl and Online through all usual retailers.