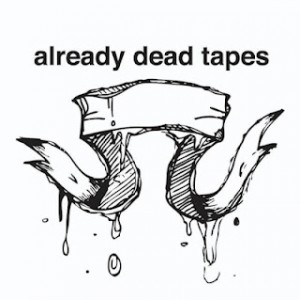 We adore the fairly fresh and brilliant label gaining quite a reputation of Already Dead Tapes + Records.

The roots of the label were established from musicians using non-traditional methods to craft sound as art.
As a niche tape & art label Already Dead places high regard on projects of an experimental nature.

These people help make this happen:
Ray Jackson (editorial)
Rob Skrzynski (video)
James Duke (video)
Already Dead Tapes have a vast and delectable collection of releases as the label are currently working on the grounds of releasing one album a week. Pretty Impressive.
Their Recent Releases include the following: 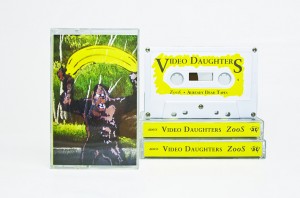 “Time and growth go hand in hand. Since 2009, Video Daughters grew from a trio to a quartet, learned new tricks in constructing songs, and gained confidence with a sense of humor. The band’s growth has now reached to their second album, titled “Zoos.” Its full of dense and hammering guitar chords, diverse and almost psychedelic breakdowns, and excellent, excellent drum fills. The raw-noisy-pop sound, and array of alternative percussive instruments brings a garage-rock, art-rock feel. Coming out of Brooklyn is the new and second release from Video Daughters – “ZooS.””
-Ray Jackson, Already Dead Tapes, 2012
Edition of 40
C46 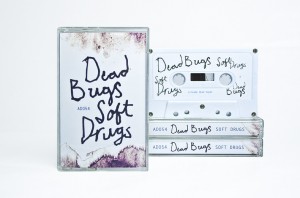 “To tell the truth, its hard to find a friend. We struggle for a realness; something pure, and something that keeps from pretensions. While our time moves and sometimes leaves us lost, our discomfort makes a noise. Dead Bugs is that broken voice with a humbled memory, singing songs of looking for something. Above the arpeggios and soft guitar strokes, the sleepy folk sound plays as a great backdrop for the poetic lyrics and the enchanting melody. The lyrics by far, are the most identifiable piece for each song. Adam Martin, singer/song writer for Dead Bugs, writes lines for the verses that create memorable and relatable emotions. It’s the honest picture painted in tracks like “This Is Me,” and “Quiet,” that resemble the realness we seek in people. The album “Soft Drugs” is one of many releases put out by Dead Bugs, but also – a sincere, personal album to add to your collection.”
-Ray Jackson, Already Dead Tapes, 2012
Edition of 40
C46 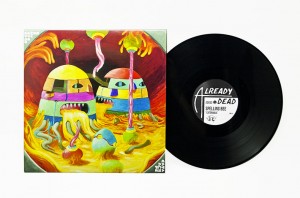 “Our favorite seizure inducing punk rockers have a brand new full length! 9 tracks of the finest in spastic, raw, abrasive experimentation. The sounds conjured by this St. Louis duo are staggering. Drums, guitar and an occasional saxophone build into massive walls then immediately fall apart and roll around in the destruction. Do yrself a favor and don’t miss an opportunity to see this band live. These road warriors will be out spreading the good word for quite some time. 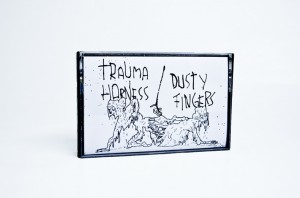 “What kind of music can you expect from the new Tauma Harness / Dusty Fingers split? Both kinds! Demented abrasive post punk and haunting synth drones. The kind of music that’s perfect for 3am drives down abandoned dirt roads. Very appropriate for the coming season. Take yr halloween party to the next level with these new jams. Trauma Harness and Dusty Fingers are joining Ou Ou and Spelling Bee as part of our ever growing St Louis family. We’re happy to have some amazing bands on board from one of our favorite cities. Keep on rockin’ in the free world.”
-Sean Hartman, Already Dead Tapes, 2012
Edition of 50
C32 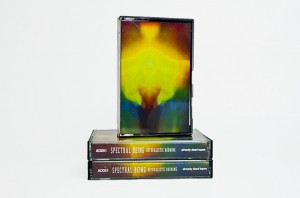 “There is a phrase that goes: “Next to meditation is music.” In fact, there are many sayings that can be used to say the same – that music has a way to heighten our awareness. For Spectral Being, its the creation aspect of their music that leads into this awareness. Inside the harmonies that mimic the human soul and exploratory songs that chant like a collective whole, Spectral Being is formed. A peaceful yet daring experimental group from southwest Michigan, they’re releasing their new album which is a collection of slow instrumental soundscapes, piled under synthesizers, loops, effects and bass. Come and jam with the phantom existence of Spectral Being on Already Dead Tapes and Records this fall.” -Ray Jackson, Already Dead Tapes, 2012
Edition of 40
C77 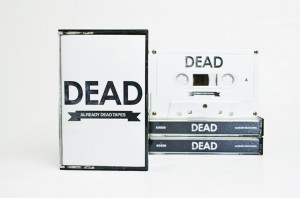 Released in conjunction with the second annual Already Dead Family Reunion, this year we doubled the edition size to offer our faraway friends the chance to own a copy of what we believe to be a very accurate representation of the AD community and the diversity we offer and revel in. 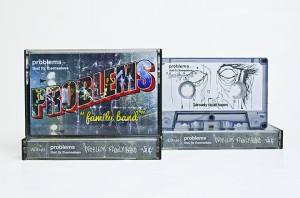 ‘What makes a family are its members. What makes things family friendly are things suitable for kids. What makes The Problems That Fix Themselves Family Band is a happy marriage, a frightening scene from Roman Polanski, and an emotionally loud therapy session. Please, just be prepared when you’re listening.” -Ray Jackson, Already Dead Tapes, 2012
Edition of 100
C30

Fucked Up- The Other Shoe [Video]