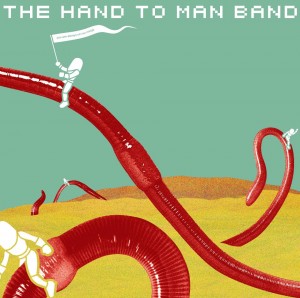 Introducing The Hand To Man Band. The members that comprise the band need no introduction for their involvements with previous bands have left them to be respectable acts. The Hand To Man Band consists of Mike Watt (Minutemen, fIREHOSE), John Dieterich (Deerhoof), Tim Barnes (Silver Jews) & Thollem McDonas.

Over the course of three days near the end of August 2010, the members of The Hand To Man Band convened in Austin, TX, each seeking a reprieve from his own hectic schedule. Mike Watt (between shows playing bass with the reformed Stooges), Thollem McDonas (legendary solo pianist, member of Tsigoti, collaborator with Stefano Scodanibbio, etc ad infinitum), John Dieterich (guitarist for Deerhoof, Natural Dreamers), and Tim Barnes (skins on Silver Jews, Jim O’Rourke, Text of Light) hunkered down at Post-Consumer studio and made a right proper gem of an album. They call it You Are Always on Our Minds. The band’s moniker was inspired by a cryptic fortune cookie Watt picked up in Austin, and that’s really no surprise – this album is filled with mysterious clues that lead to solutions indirectly. Veering between the tightly woven and the completely unhinged, trading deep gulfs of ponderous melancholy with gentle, fractured pop fairytales, The Hand To Man Band keeps the listener guessing without ever completely abandoning their own special brand of earthy hall-of-mirrors music.

The internal/external dialogues set up by the band evoke train dreams, the open road, and the warmth and familiarity of a bed at home. They travel from psychotropic jazz to konked-out funk to skronked-out dirges to alien transmissions to plaintive nocturnal pleas, sometimes in the course of a single tune. These songs contradict and then coalesce before arriving finally as an unexpected gift, a measured unit, a fully formed whole. When that happens, that razor’s edge shift from near-chaos to strength, power and beauty, hold on tight, listen, because it is truly something to behold.

Opening track ‘Forces Conspiring’ welcomes listeners with a bloodshot ghost-choir floating lightly en masse over a bed of bucolic memories strummed, plucked and plinked by the band – the air is not quite heavy tonight and it feels good to breathe. “We Learned the Unreasoning’ is what it sounds like when your favorite weird uncle shows up unannounced with a dose of the clap, a limp, and a bottle of something or other, and all he wants to do is sit on the front porch and have a time. That same uncle taught you how to play guitar; you oblige. The lovely, shambolic ‘The Down Moveables’ ebbs and flows through shallows and driftwood before upping the tension and lighting out on some crazy moonlit steeplechase through an abandoned amusement park down by the river. Other highlights include ‘Us All Konked,’ ‘Voice Thrower,’ and ‘They Pretty Right,’ but truth be told, there’s not a clunker among them.

The band have dropped their first music video, for their song “The Down Moveables”. Created by Marcos Sanchez, the video combines disturbing found footage
with cute and innocent original animations for an effect that is both stomach churning and soothing at the same time. 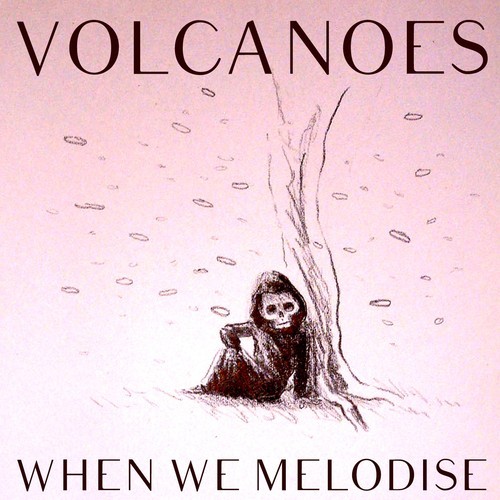