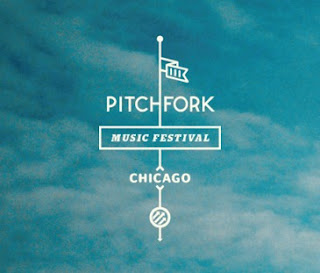 The 2012 Pitchfork Music Festival is taking place Friday, July 13 – Sunday, July 15 at Chicago’s Union Park and tickets go on sale TODAY, Friday, March 9 at 12 PM CST! As previously announced, the Pitchfork Music Festival will not be raising tickets prices in 2012! Single-day tickets are available for $45 and a limited number of three-day passes are available for $110. Last year’s three-day passes sold out in LESS THAN 24 HOURS!

Tickets are on sale over at the festival website

Tremendously focused and thoughtfully curated, the Pitchfork Music Festival has historically introduced emerging bands while also honoring a great number of already beloved and internationally renowned acts. With Vampire Weekend, Feist, Godspeed You! Black Emperor, Hot Chip, AraabMUZIK, A$AP Rocky, The Field, Liturgy, Kendrick Lamar, Grimes, Cloud Nothings, Tim Hecker, and Willis Earl Beal already announced, that high standard continues in 2012. Over 30 more acts will be announced in the coming weeks. Seven years in, the independently run Pitchfork Music Festival has consistently proven to be one of the most welcoming, comfortable, reasonably priced and rewarding weekends of music around. In addition to its musical offerings, the event also features a wide array of other activities for its 50,000 attendees of all ages from 45 states and 26 countries to easily enjoy. With 50 individual vendors, as well as specialty fairs, the fest not only supports local businesses and economy, but also promotes the Chicago arts community as a whole. PITCHFORK MUSIC FESTIVAL 2012 LINEUP SO FAR: