DAVE MONKS’ “ON A WAVE” OUT ON DINE ALONE RECORDS TODAY

ON TOUR WITH SAID THE WHALE RIGHT NOW, SOLO SHOWS IN CHICAGO, NEW YORK, AND DC IN NOVEMBER

Dave Monks’ debut solo record “On A Wave” is out today on Dine Alone Records, Monks previously shared a track-by-track breakdown of his album with FLOOD Magazine who called it the “most diverse array of songs he’s ever produced”.

Monks had also recently shared the eponymous single from his album, a dreamy slice of folk-tinged indie rock, replete with psychedelic undertones, while Monks’ soft crooning, like a light in the fog, leads you through the beautifully poetic song. Speaking to “On A Wave” track Monks says that “this one might have been influenced by some Mary Oliver stuff I was reading at the time. She pays a lot of attention to nature and rarely includes people in her poems.” Monks will be heading on tour next week with Said The Whale, punctuated by headline shows in Chicago, New York and DC, find those dates below.

Previously Monks shared the jangly-indie-folk track “Love Fades” with Brooklyn Vegan who called it “an atmospheric slow burner” going on to say the song is “pretty different from [the last single] “Don’t Go Falling To Pieces” and definitely different from Tokyo Police Club’s usual sound”. Stripping back the sound from his days with Tokyo Police Club, Monks’ “Love Fades” is an ode to relationships in the rearview, simply somber but with hope imbued in the sweetness of the refrain.

Speaking to the song Dave Monks details that”“Love Fades” feels like the answer to my first solo EP, which I wrote when I was at the beginning of a relationship. That relationship ended right before I wrote the music for On A Wave. I had left New York at the very end of 2017, packing up 5 years of my life into my parent’s car overnight and then flown almost directly to LA to spend 12 weeks recording TPC. Once that was wrapped up, I was left sitting back at my parent’s house with nothing resembling my old life. I think playing the chords and the expression in “Love Fades” became a “self-soothing” act for me. I think it really helped me make sense of my story and where I was at in the moment. 6 months later, when I started recording On A Wave, I thought it was too simple to actually go on a record but Rob really liked it. I was totally surprised but was suddenly excited to try it. It became a really open sonic canvas and creating on top of that was a really fun exploration, every nuance felt like a discovery. If I could relate it to one other song in my career, it would be “La Ferrassie” (from the band’s first record, A Lesson In Crime), another song I wrote when I was feeling displaced in life, having just moved away for my freshman year at McGill. I always want my listeners to be able to hear my personal journey through the music I put out and I think this song puts forth an important truth for me the same way that the blissful romance of my first record represents an important truth. Things are always a little more complicated than we want them to be and, for me, it’s important to let those contradictions exist within us.”

Following on the heels of the ambient, Kid A influenced, track “Bluebird”, Dave Monks shared the emotional “Don’t Go Falling To Pieces” and announced his debut solo record on Dine Alone. “Don’t Go Falling To Pieces” sees Monks finding his footing after the events surrounding the near dissolution of Tokyo Police Club, which lead to their semi-self-titled 2018 record TPC. Whereas in 2018 TPC saw Monks and his bandmates working together to rediscover their love for the band On A Wave is a personal, raw, record with Monks threading these disparate songs he wrote while in a state of dislocation into a cohesive, beautifully arranged and cathartic album that cuts through the chaos of modernity. Following his move back home to Toronto from Brooklyn these songs came together as an exercise in rediscovering those creative impulses that run through his previous works. As Monks sings on “You’ve known the way all along” one can decide to believe this as a truth, an affirmation, or a consolation that things will, or are, getting better.

Speaking to the process of threading these songs together Monks says that he “thinks this might be my favourite album I have been a part of but I definitely just made it one step, one flight, one song at a time. I didn’t really know where I was going with it until it all came together. I’m really happy I stepped into the unknown and endured some moments of serious doubt and wanting to cut songs and redo them” going on to advise that “If you are making something now – remember that uncertainty and second-guessing are just part of the process!”

On A Wave is influenced by the music Monks grew up with, from Radiohead to the Strokes, and as an extremely personal record detailing heartbreak, self-doubt and growth On A Wave dips into the experimental for Monks with adventurous ambient ballads, as heard on “Bluebird”, to more straightforward songs like “Don’t Go Falling to Pieces”. The album was recorded in Toronto and produced by Rob Schnapf (Elliot Smith, Kurt Vile, The Vines), mastered by Mark Chalecki (Mavis Staples, Grandaddy, The Unicorns) with Monks on guitar and vocals accompanied by Alyson McNamara on vocals, Matt Schuessler on bass and Luke Adams on Drums.

~ with Said The Whale 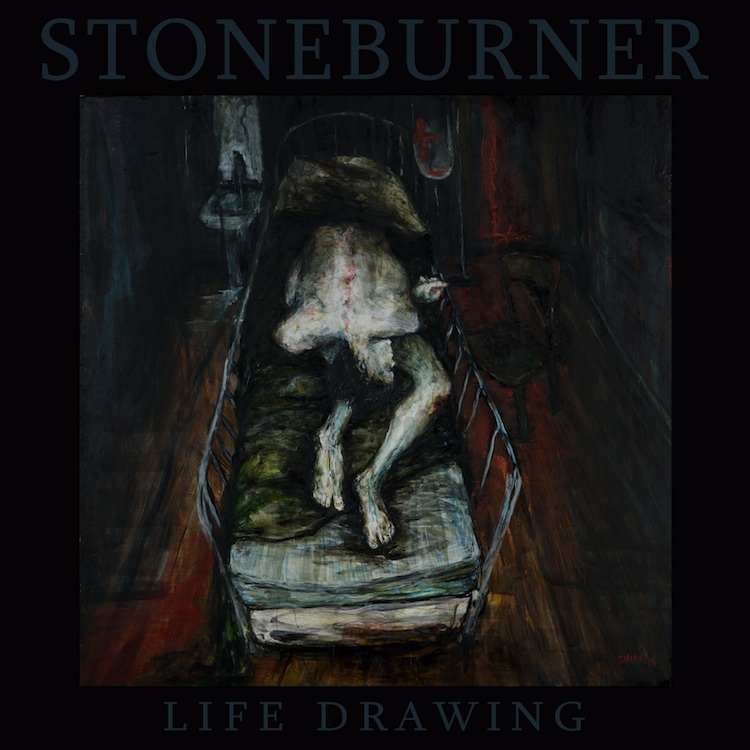 ISOBEL CAMPBELL shares new single “Runnin’ Down A Dream” from There Is No Other, due 31st January on Cooking Vinyl + UK live dates next year