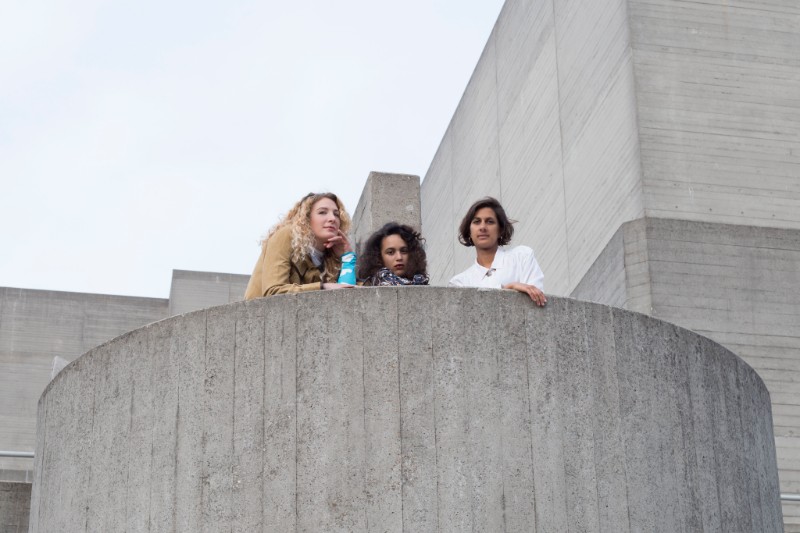 Peluché
share video for Figure Me Out and announce UK tour

Pioneers of a genre called ‘Trip Jam’, Peluché have shared brand new video for single ‘Figure Me Out’ alongside an announcement of a UK tour. Dates below.

Their debut album ‘Unforgettable’, was released on One Little Indian Records in September, and saw them praised by Crack Magazine, Q Magazine, LOBF, 405, DIY, Rolling Stone and more.

Speaking about the video, Peluché said: “We loved the video Jordan made for Sons Of Kemet, running through nature with a saxophone! And so we invited him over for some cauliflower fritters and a chat and we found him endearingly enthusiastic! We then went to check out the halls where we hoped the location for the music video would be, and you could see the cogs working in his creative brain as we walked around the old Victorian hall. We are normally extremely picky when it comes to other creative inputs in our work, but Jordan’s confidence in the project somehow assured us that we could trust him!”

High praise has been heaped on them from Noisey, DIY, i-D, Q, NME and The Line of Best Fit and The Guardian who described their sound as “dub spaciousness and pop sensibility, one that John Peel might have played on his show circa 1981…idiosyncratic but infectious…like Sade on 4AD”,and others comparing the group to The Slits. Wireless support has already come their way from the BBC (Radio 1 and 6Music), Radio X and Resonance FM, and they’ve opened shows for some of the brightest stars in contemporary music, including Pumarosa, Everything Everything, Ghostpoet, Loyle Carner, Glass Animals, Flamingods, Ibibio Sound Machine and Boxed In, with a record on Dan Carey’s Speedy Wunderground label to add to their already impressive CV.

Slippery Latin bass grooves, subtle instrumental flourishes, funk breakdowns, and a touch of magical lyricism a la Kate Bush or Cocteau Twins makes for an unforgettable sonic journey into the tinderbox chemistry of a group with a collective and deeply personal musical vision. Their obsessive and borderless consumption of wildly divergent styles has helped them to arrive at exactly where they need to be. Peluché have created a demand for music that only they can create, and that’s a surer sign of longevity than most bands with triple their experience could claim.