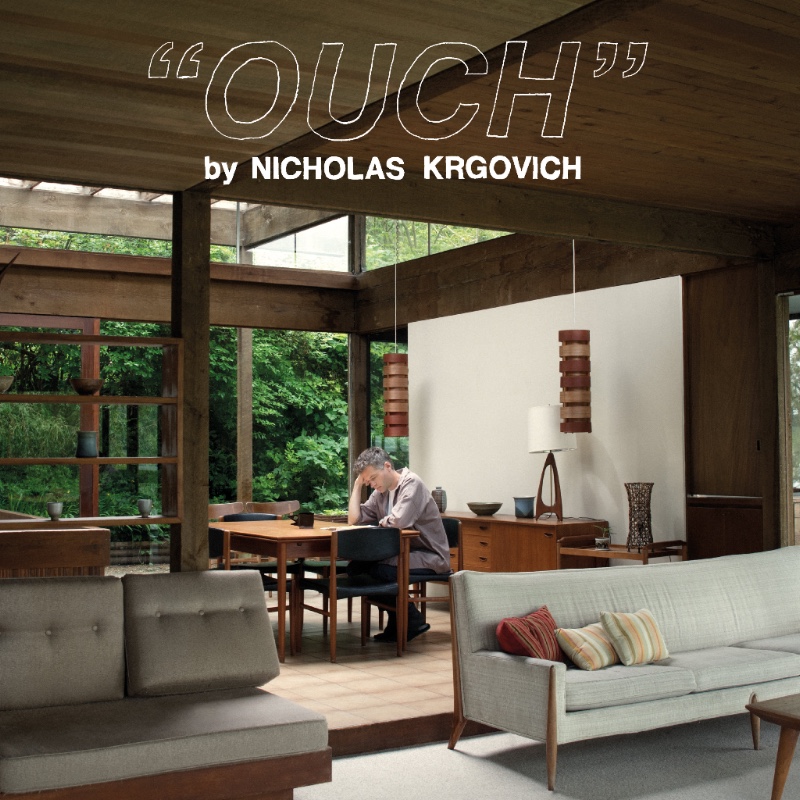 Nicholas Krgovich has written an album about heartbreak – or to be exact, the first time he has ever experienced heartbreak, having been “dumped” by his boyfriend last year. His brand new record “OUCH” (featuring saxophonist Joseph Shabason (DIANA, War on Drugs, Destroyer) and Owen Ashworth (Casiotone for the Painfully Alone, Advance Base)) is the first time Krgovich has ever delved into the hefty topic of love and heartbreak within his music. Krgovich has shared brand new track ‘Lido’ taken from his new album “OUCH” via Stereogum. The record is released on 26th October via revered indie label Tin Angel Records.

Talking about the new track, Krgovich explains; “I wrote Lido last year on May 29th. The sun was out and it was hot, so I rode my bike to the park and laid on a towel on the grass. I had a book of poems by Hafiz and a notebook with me and ended up writing this song very quickly that afternoon. I know this scene sounds impossibly twee but since the weather in Vancouver is usually trash and I’d been spending many sunny days inside recording the album, writing outside felt crucial.

“This was the second to last song I made for the record. I felt like I could have written 100 more but I also felt like I needed to stop. The important bases were covered – this album was not meant to be a 10 LP boxset although at the time it felt like it could have been.

“I think there is a resigned sense of clarity and acceptance in this one. The sound of someone who all of a sudden knows the thing they had going wasn’t what they’d hoped or thought it was at all: things turning from a love to a lesson, or something. I went on tour and played the “OUCH” songs a lot last year. Whether or not there was a bit of knowing laughter after the “fart in the night” line became a sort of vibe barometer as to how free the room felt.”

Krgovich possesses an unswerving back catalogue of sleek ‘future-pop’ releases. His solo work has seen him collaborate with the likes of Mount Eerie, Nite Jewel, Amber Coffman (Dirty Projectors) and Dear Nora, and his wildly diverse discography shows an unmistakable and deep commitment to exploring the endless possibilities of pop. On Krgovich’s new record however, after experiencing heart-break for the first time at 35, all goes out the window. What is left is a vivid and candid account of love gone sideways and the songs that poured out, all written and recorded out of necessity before anything else.