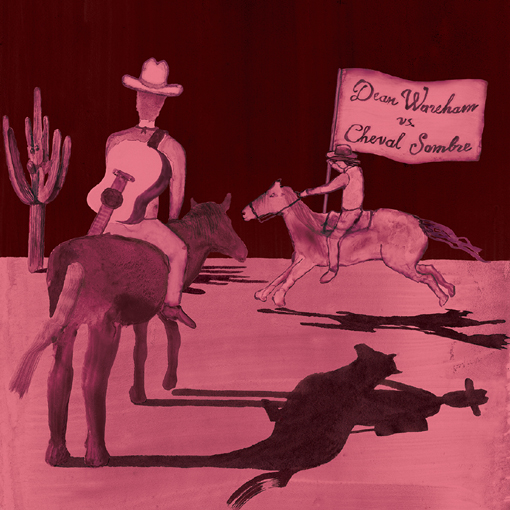 Dean Wareham (Galaxie 500, Luna) and Cheval Sombre will release their “western dreampop” LP, Dean Wareham Vs. Cheval Sombre, on October 26 via Double Feature Records.  Today they share the first single, “Wayfaring Stranger ” which premiered via Stereogum who wrote, “Wareham and Sombre’s take on the tune moves with a slow, trembling hum. Wareham’s voice carries the wistful depression of a traveler. The song’s production feels both vintage and contemporarily dreamy.” Of the accompanying video directed by Jonathan Bree (Brunettes) Wareham notes, “Jonathan is one of my favorite musical artists, and has made some slyly funny videos the last couple of years. He shot the video for “Wayfaring Stranger”, and suggested that I should wear Wayfarer sunglasses. I was too scared to ride a real horse so we made a pretend-horse from a stool and a pillow.”

Dean Wareham and one-man-band Cheval Sombre (Chris Porpora) have joined forces to create the forthcoming album, Dean Wareham Vs. Cheval Sombre. “Wayfaring Stranger”  is a traditional song that has been covered by many – from Dusty Springfield to Neil Young – and is a good first peak of the upcoming LP which is comprised of 10 tracks that were first released or made popular in the 60s and 70s.

The genesis of Dean Wareham Vs. Cheval Sombre can be traced back to the early 2000s when Porpora began writing and recording songs in a studio apartment on the Hudson River, NY. After sending demos to Sonic Boom, recording sessions took place in 2006, supported by guest musicians Dean Wareham and Britta Phillips. His debut album Cheval Sombre was eventually released on Double Feature Records, Wareham’s label.  Yet it wasn’t until a decade later when the two decided to take their collaborations one step further.  Dean notes, “a few years ago, when Chris was recuperating from an illness, laid up in bed and under the influence of painkillers, I sent him a Youtube video of Dean Martin and Ricky Nelson singing “My Rifle, My Pony & Me” (in the film Rio Bravo). I think that was the seed of this idea – to make an album of western songs together.” Wareham continues, “I’ve played on the Cheval Sombre records and I’ve recorded a couple of his songs myself. He has a strange and beautiful voice; like a stoner from another dimension, and when he interprets other people’s songs, he often turns them into something unrecognizable.”

Dean Wareham founded Galaxie 500 and Luna and has made 15 studio albums. One-man-band Cheval Sombre (Chris Porpora) hails from the Hudson River, NY. He has released two prior albums, produced by Sonic Boom with Dean & Britta and Andrew VanWyngarden and Ben Goldwasser of MGMT. 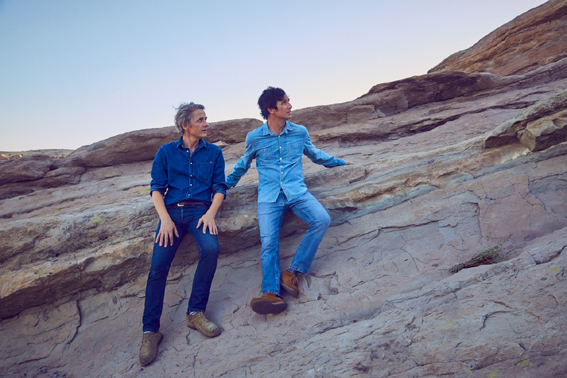