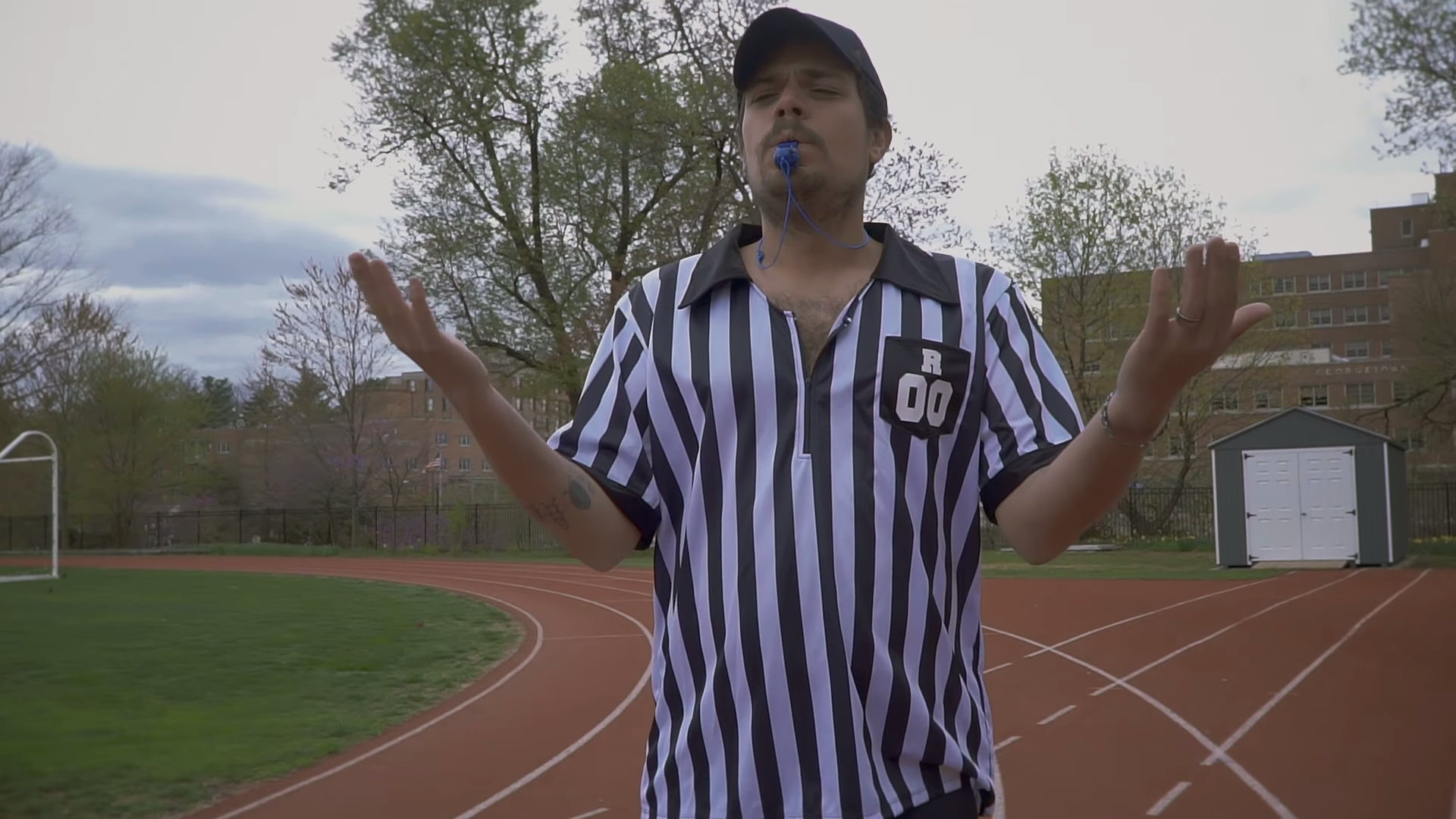 Still from “All This Useless Energy” Video

NPR is sharing a new Jeff Rosenstock video for the song “All This Useless Energy” from his latest album, 2018’s critically acclaimed POST-, out now on Polyvinyl and Quote Unquote Records. “Jeff Rosenstock has always made music for the slow days after the end-times,” said NPR, continuing “All This Useless Energy” is a kick-the-can punk ballad for crawling out of aimlessness toward a purpose.”

Director David Combs explained of the idea behind the video, “We’d had the idea to shoot a three legged race for a while. In the spirit of expending “useless energy” we thought we’d really dig in and make as serious of a sports video about as stupid of a sport as possible.” Jeff Rosenstock added, “This is our fourth video that we’ve shot in DC and we love all the people who are in it. [Tourmates] Martha and Bad Moves make cameos. It reminds me of a classic video I would see on MTV when I was younger, but also kinda like that sick Grimes video where she’s at the football game with the boombox and the headphones.”

2018 has been one of the busiest years on record for Rosenstock – on top of releasing his new album POST- on New Year’s Day and touring, he spent the past several months scoring Craig of the Creek, a new animated television show on the Cartoon Network. Upcoming tour dates and a full bio on Jeff and the record can be found below.

POST- is now available for free download/donation on Bandcamp and Quote Unquote Records (along with the rest of his catalog). New label home Polyvinyl Record Co. will be releasing the album on vinyl and CD March 23rd.