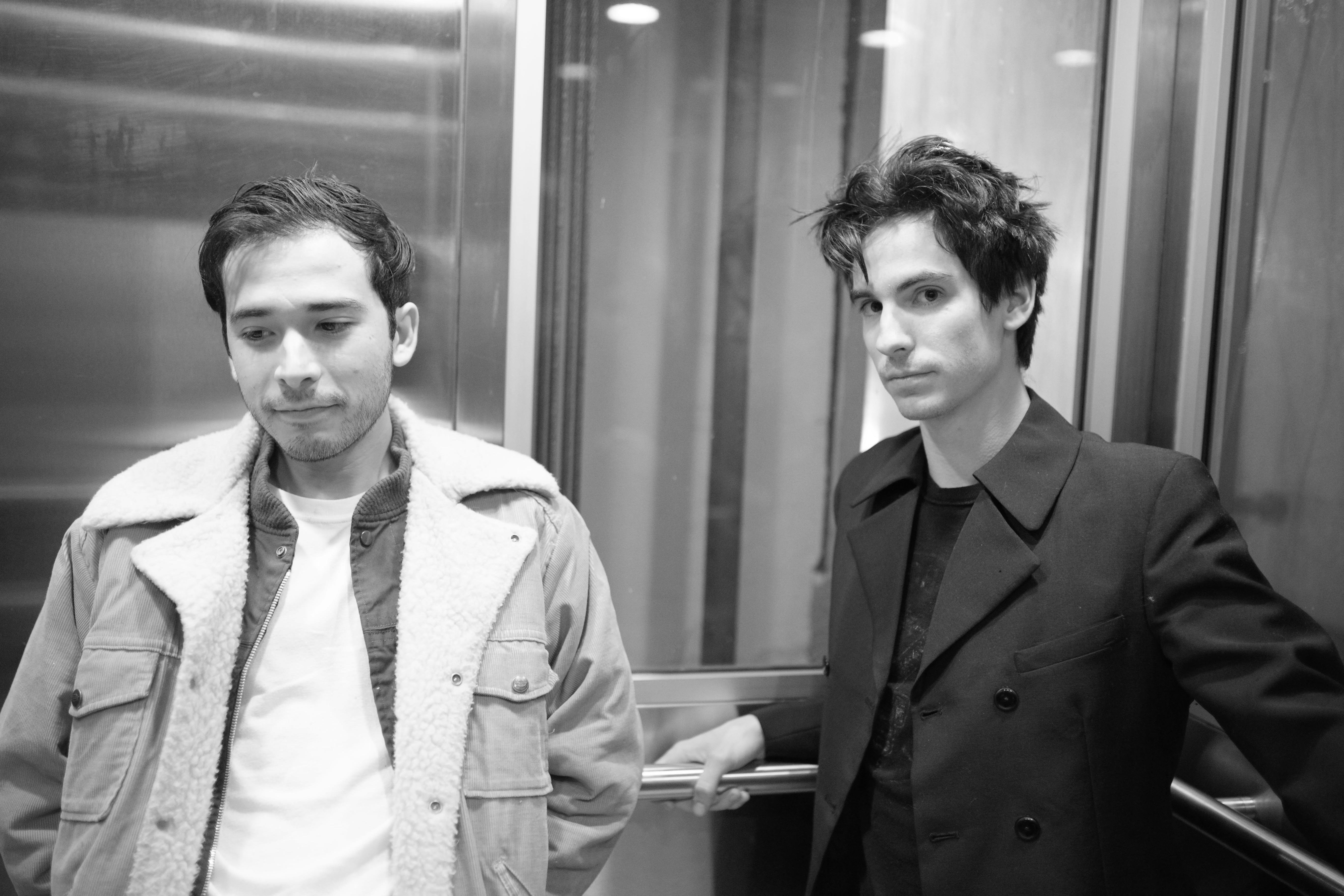 DE LUX SHARE “DO YOU (SPOON COVER)” ON KCRW

“De Lux have taken Spoon’s soaring “Do You,” and refitted it nicely for the dance floor. If it’s possible to distill a summer weekend into song form, this one pretty much does the trick.”
– KCRW

“Flashes of the Talking Heads and New Order flood together with more conventional dance groups like Chic to form a fully formed and remarkably rich LP. “
– The 405

“Their Debut Album is too clever, almost supercilious in its mastery of the form. It is intricate, witty, inventive, dazzling in its detail, with melodies spiralling off of other melodies and little curlicues that lesser outfits would use as the basis for entire songs.”
– The Guardian

“…bringing back twinkling 80s avant-pop in a big way.”
– Noisey

“…The Juan Maclean have been tasked with remixing LA disco duo, De Lux’s single “875 Dollars” to make a funky song even funkier. The task may seem near impossible, but damnit they do just that.”
– Magnetic

KCRW has premiered De Lux’s cover of Spoon’s hit song “Do You”. It is featured on the duo’s new EP More Disco Covers About Love, which is out now. The EP also features covers of Built To Spill & Ben Browning of Cut Copy. The band released their LP ‘More Disco Songs About Love’ in January. Prior to the LP release, the group premiered the video for “Keyboards” on EDM Sauce, the track “875 Dollars” premiered on The 405 and it was followed by a Juan MacLean remix which debuted on Magnetic.  The band will also be embarking on a Summer tour, starting next Saturday 7/28.

After establishing a sound on their debut Voyage and then establishing an identity with the revelatory Generation, L.A. disco-not-disco duo De Lux took a moment to re-center and come back leaner, sharper, clearer and deeper on their new album ‘More Disco Songs About Love’. Now that co-founders Sean Guerin and Isaac Franco know how to play and what to say, they’re ready to just get lost in the music. As the band puts it: “We like to say Voyage was our baby, Generation was our baby all grown up and ‘More Disco Songs About Love’ thinks growing up sucks and just wants to party smart.”

They started in 2013 with a happy accident called “Better At Making Time,” the lead track of their 2014 debut Voyage and an unexpected practice-space jam session that crystallized a sound, a philosophy and a future direction all at once. In that sudden moment De Lux snapped into focus as an outfit matching post-punk sentiment and the-sociopolitical-is-personal perspective to joyfully indulgent analog synthesizer soundscapes and a deliriously transportive musical joy. And the press was ready to take the ride, with the Guardian calling Voyage “intricate, witty, inventive, dazzling in its detail” and Billboard celebrating its “lush, eclectic dance music.”

On their 2015 sophomore album Generation—a title activating every sense of the word—De Lux added a new almost-documentary aspect to their dance music, delivering clearly personal stories of anxiety and hopeful aspiration from the place where IRL L.A. exhaustion collides with a digital city that never sleeps. (As Guerin sang: “All of these things that they put us through / I’m writing it down / I’m writing it down.”) And they were growing up in other ways, too: 2015 saw their first major festival appearance at Bonnaroo, where they delivered the first of many stand-out big-show performances. Then in 2016, they made a hotly tipped Coachella debut and shared a bill with Arcade Fire at New York City’s Panorama fest. And then at the end of that summer, they started the very first experiments that would lead to their new album.

Like Voyage, ‘More Disco Songs About Love’ starts with the song that made everything clear: “875 Dollars,” a song (in part) about losing the place you’ve always called home. From there it’s a stream-of-consciousness tour through De Lux’s reality, from the family and friends who helped focus the sound of the album to everyday L.A. experiences, including but not limited to elections, evictions, even porn—although in the context you’d least expect, of course. New York City dance-punk legend Sal P. of Liquid Liquid—who did a De Lux remix on their first-ever release—takes featured vocals on the relentless “Smarter Harder Darker” and the Pop Group’s maniacal Mark Stewart pushes “Stratosphere Girl” into interstellar overdrive. (Plus Guerin’s mother Marie helps out with some very French examination of crepe preferences on “Music Snob,” mutant sibling to Generation’s surreal “Oh Man The Future.”)

And even though the title might seem like some kind of clever reference to something, it’s really just as simple and direct as it seems. The disco is the sound—in the most innovative way, of course—and the love is the sentiment: “‘875’ is love for a house,” they say. “‘These Are Some Of The Things That I Think About’ is love for thought. ‘Keyboards Cause We’re Black and White’ is our love for a friend.  ‘Writing Music For Money, To Write More Music’ is love for music—or money. It’s all literal to us but we realize that it might not be for others.  We like the idea of giving listeners something to question and wonder about. But there’s love in there.”

The album is video game inspired.  But more in its production and fresh perspective in another art form.  We forgot what it meant to be listeners of music and having an objective viewpoint when writing. But with video games, we know what we want from game companies. Whether they didn’t add multiplayer or maybe focused too much on graphics.  We applied the same logic with writing.  Asking friends and family their honest opinions and their take on what they really want to hear in most of these songs.  This gave us a push to really strive to seek a good balance of not destroying our artist dignity while accepting harsh criticism and working at that.  You could say we had our own sort of team of producers.

Sean was listening to a ton of Stevie Wonder during the writing process.  The album focuses a lot on bringing melody through the vocals mainly and letting the rythm section guide you along.  One night we went to Del Taco, and Michael Jackson was on the radio.  Isaac realized that his rythm section or drums continued on one path very consistently without really changing. No fills or nothing. We took a bit of that approach on a lot of these songs.

-The album title is a joke.

-There’s a Super Smash Brothers Melee sample in one of the songs, not telling which one.