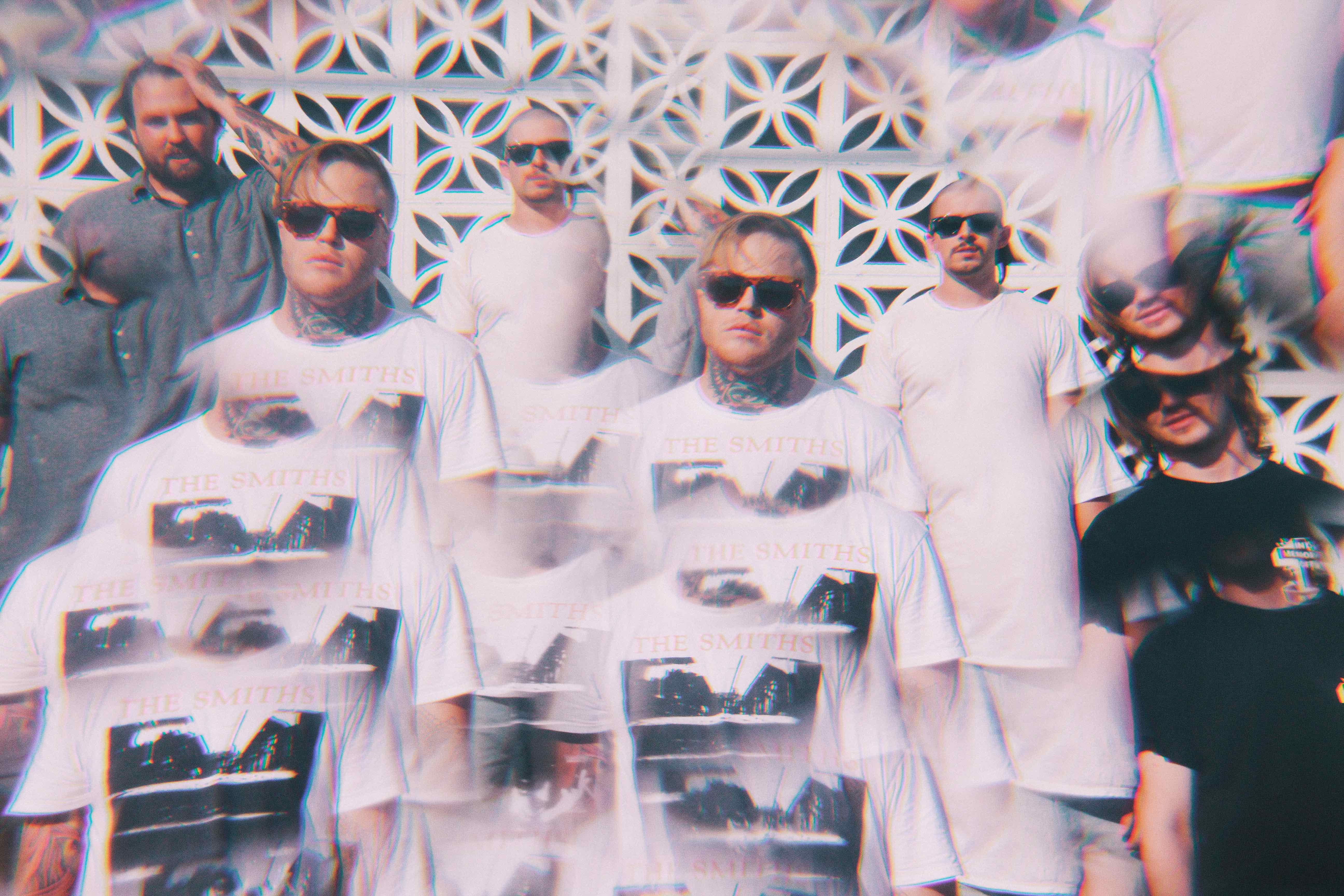 Hundredth are celebrating the one year anniversary of RARE, their fourth full-length and the sonic rebirth that propelled the band into bold new direction and landed on Stereogum’s Best Albums of 2017 list. To celebrate the band have a surprise release of Ultrarare, a complete reimagining of seven RARE tracks that expands the band’s sound even further.

Ultrarare takes the melodies of RARE and removes any semblance of aggression, leaving the layers of reverb and adding warm synth textures and a dream pop sensibility. Singer/guitarist Chadwick Johnson’s ethereal voice floats above the tracks guiding the listener through yet another impressive sonic pivot. Ultrarare is not only another essential listen from an ambitious band, it’s proof that Hundredth aren’t done evolving yet.

Johnson describes Ultrarare, saying, “The production of RARE was very focused— It was based around big, reverby guitars and driving drums. I was listening back one day to the album and felt like some of the the songs could be reinterpreted and take on a whole new vibe. I started toying around on a couple of the songs using synths instead of guitars and the songs went to a completely different place. RARE is a rush. Ultrarare is the comedown.”

In 2017 Hundredth was at a crossroads. The band had released three full-lengths of explosive hardcore, built a large and loyal fanbase, toured the world, and experienced more than they ever expected when they started the band in Charleston, South Carolina; but creatively they were spent. The boundaries of hardcore were beginning to feel constricting and the choice was clear: evolve or end. From that urgency, RARE was born. Hundredth’s fourth full-length is a thrilling departure that allowed the band to tap into their longtime love of classic shoegaze, post-punk, and alternative, while pushing fearlessly into new musical territory. RARE was met with acclaim from fans and critics alike, who praised the band’s risk-taking spirit and the undeniable authenticity from which their new sound was crafted.

Biography:
Change is perhaps the biggest challenge a band can face. Everyone loves the out-of-nowhere debut or is impressed when a band avoids the sophomore slump, but when real longevity is achieved musicians often find themselves feeling less and less like the people they were on their early records. For some bands this impending need for change is insurmountable. Hundredth is not one of those bands.

With the release of their third full length, 2015’s vitriolic tour de force, Free, Hundredth had finally accomplished all that they could within the relatively restrictive boundaries of hardcore music. They’d given all they possibly could to the genre and were beginning to feel creatively stifled. Completely disinterested and disenchanted by the constrictive walls of their own sound and scene, Hundredth was faced with a self-imposed ultimatum: evolve or cease to be a band. Never ones to shy away from risk, the band dove headfirst into re-inventing themselves. The result is Hundredth’s fourth full-length RARE — an album that contains very little remnants of what came before but preserves the band’s forward-thinking spirit. These 12 tracks reveal the sound of a fearless band exploring new territory, revitalizing their creativity, and propelling themselves into a thrilling future.

Some may question Hundredth’s decision to evolve. Why fix what wasn’t broken? Why put everything they’ve built on the line? Why leave behind the sound that got them this far? These kinds of questions quickly become irrelevant when one listens to RARE. Hundredth’s desire to truly follow their own path led to a sound that is all theirs, with RAREstanding independently as a distinct melding of influence, instinct, and the desire to push boundaries that’s fueled the band from day one. This isn’t a new band; this is passionate, this is heavy, this is dark, vulnerable, volatile, and beautiful. This is Hundredth.