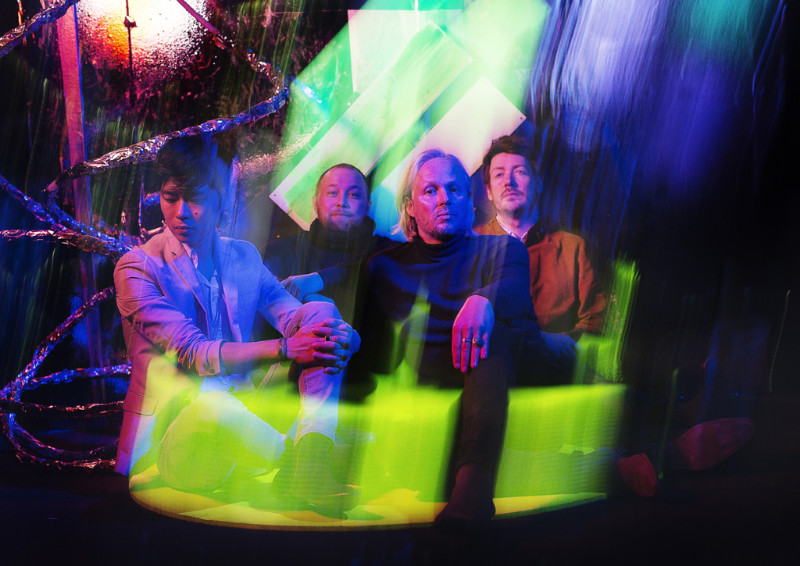 DEBUT ALBUM MAJAHUA PLAYING IN FULL ON iTUNES AND SPOTIFY
“Hallmarks of classic-era psychedelia. A kaleidoscopic joyride.”
Track of the Day – The 405

Danish psych band, Future War Bride have streamed their electro-psych-pop single ‘Once I Was A Bird’ today from their debut album Majahua, available to download in full now, on iTunes and Spotify.

Once I Was A Bird, perhaps the most modernist flavour of psychedelia offered on Majahua, is the album’s “drug song” – though as befits so sharp a band and so sophisticated a collection of songs, it’s no dippy anthem like you might expect on a psychedelic record.

“I wanted to write about the use of drugs in a non-judgemental or dramatic way but not to glorify them, but describe it like buying a ticket for the train or the bus and go for a ride,” explains singer, Mikkel Boström. “Buying drugs is definitely as easy as buying a ticket in Copenhagen. When the song was written, Denmark was on Forbes top 10 list over the happiest nations in the world, (I think we’re #1 this year) which I thought was kind of funny, given that people are using more drugs than ever before. Maybe that’s why we are so happy over here!”

The chemistry of Majahua was concocted in Copenhagen within an old underground bunker from World War II, where they pooled their influences and began to woodshed.

“We were all listening to lots of 60s pop music,” says Mikkel. “We loved the Beatles’ psychedelic period, but we also loved more obscure stuff like Gandalf. But we didn’t really want to just make psychedelic music like they did it in the 60s – we also drew upon our love of 70s and 80s synthesisers, too.”

Made up of Boström on guitars/vocals, Christian Ki on guitars/vocals, Morten Puper on keys and Jakob Gravlund on bass, Future War Bride’s debut is where ‘old meets space’, where sci-fi psych resonates between 60s melodic tangle and futuristic synth sounds taking you on a truly warm psychedelic trip from start to finish.