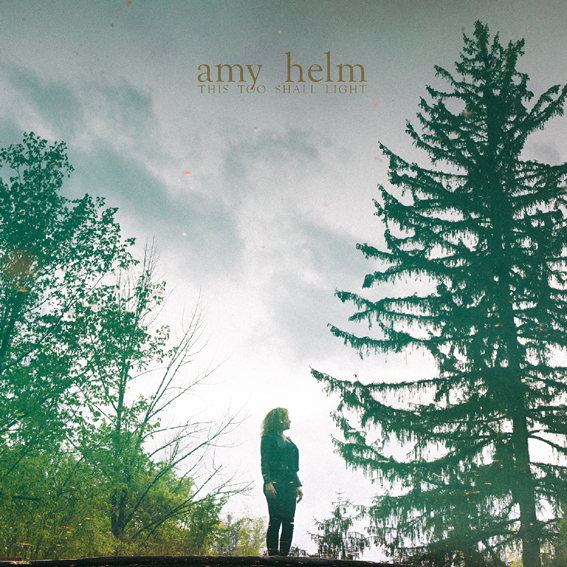 A vibrant and powerful ode to enduring

During the This Too Shall Light sessions, Amy Helm was literally taken 3,000 miles out of her comfort zone – leaving the family studio in Woodstock, New York for Los Angeles’ iconic United Recording Studios, the same compound where The Beach Boys recorded Pet Sounds and “California Dreamin” was tracked by The Mamas & The Papas.  It was there that Helm began her collaboration with Joe Henry, the three-time GRAMMY-winning producer known for his work with artists like Bonnie Raitt, Elvis Costello and Lizz Wright. Together, in just four days, the pair traversed decades of material, stretching from early ‘70s Allen Toussaint through contemporary Americana darlings the Milk Carton Kids. Coupled with originals by Helm and Henry, and a pair of tributes to the singer’s late father (Levon Helm), the ten-song collection serves as the most complete look at Amy Helm as an artist to date.

As is typical for the songs that Taylor writes, “This Too Shall Light” is steeped in the epic struggles of everyday people. “It just felt right for the mood of the song,” Taylor says. “It’s a really sad song that swings, which is my favorite kind of music. Jay Bellerose’s drumming makes it that. He’s pretty much untouchable.”

Among the most personal songs on This Too Shall Light are “The Stones I Throw,” a 1965 pre-The Band cut by Levon and the Hawks, and an arrangement of the traditional hymn “Gloryland,” which remained a staple of Levon Helm’s live sets through his final performances, with Amy playing a large part in his Midnight Ramble Band. Elsewhere, Helm reflects on a childhood hero, the late jazz pianist Blossom Dearie, whose live shows she found to be a transformative experience as a teenager.

Above all else, This Too Shall Light soars with riveting four-part harmonies as Helm displays an effortless chemistry with the vocal trio behind her. The singers are joined by Texas royalty on guitar with the inclusion of Doyle Bramhall II, and the air-tight rhythm section of Jay Bellerose (Robert Plant, Allison Krauss) on drums and Jennifer Condos (Ray LaMontagne, Jackson Browne) on bass. This Too Shall Light follows Helm’s 2015 solo debut, Didn’t It Rain,which NPR described as a “glorious, soulful” record that “ushers in a new chapter of Helm’s life.”

This Too Shall Light is out 21st September on Yep Roc – pre-order link.