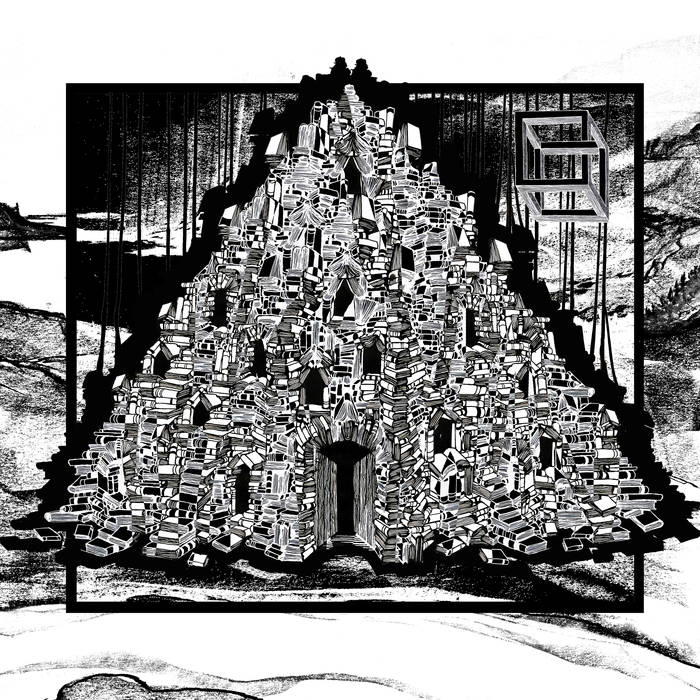 House Of Wisdom | We Are The Devil

Poly-Math follow up their stunning debut record 2016s Melencolia with House Of Wisdom|We Are The Devil and it is a fascinating step forward for one of the UKs most progressive and forward thinking bands. This new album is a double, concept album that deals with the siege of Baghdad in 1258 and the city’s 13th century Houses Of Wisdom. This is an intriguing concept and the subject matter taken on here would baffle many bands in how to deliver such a story in musical terms but in the hands of Poly-Math, the results are delivered with confidence and style.

The album commences with the tempting sounds of Preface To The House Of Wisdom|Preface To The House Of The Devil, a haunting and dizzying introduction to the album that conjures up images of dusty storms and a place that is shrouded in mysterious ways and sets this expansive album up to truly embrace all different kinds of sounds and ideas.

The album unwraps after that introduction and the story gets told through the bands music with tracks like 1258|In The Sights Of Mesopotamia and Ink Of Scholars|Blood Of Tigers creating a build up of sonic frequencies that with explode with vigour. The spoken word interlude Geography|Alamut/Sidh (the first if many that is littered through the albums duration) adds some vocal gravitas to the bands instrumental soundscapes but the real power of both the band and this story is the vast music that is created and it is music that conjures up visions for the listener to think themselves and this works really well.

The melancholic but beautiful Astronomy|The Uncelestial is the high point of the album and while the entire album should be consumed as a whole with each piece of music telling its own story but combining as one, this track stands alone as a sublime piece of work, its sparseness combined with its heart sounds massive.

More progressive works like Alchemy|Terra Incognito and Philosophy|Death And The Devil follow and show just how Poly-Math have grown as a band before the rousing and heaviest piece on the album Medicine|No Hell Like Home and the mystical Ink Of Scholars Reprise|In The Hands Of Hulagu precede the monolithic closing track that is Science|We Are The Devil, a track that brings the whole saga to a formidable conclusion and one that seems to be a culmination of everything that has gone on before it, concentrated into thirteen glorious minutes that shows off the bands skills as musicians perfectly.

With House Of Wisdom/We Are The Devil, Poly-Math have raised the stakes when it comes to making thought provoking, intelligent and supremely executed music and they have nailed all three of those traits superbly and with comparative ease.

Poly-Math Double LP “House of Wisdom | We are The Devil” was released April 20th, out now and available via Lonely Voyage Records & Nice Weather For Airstrikes.