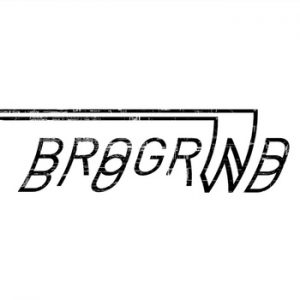 Back in June it was announced announce that in just a few months time Noumenon will be releasing their first recorded material in over 2 years. The to-be-released record is a joint venture with the now defunct Loose Lips Sink Ships, and is entitled, “BROGRIND”.

The split will feature 6 tracks in total, the final 3 tracks from LLSS, and 3 new, previously unrecorded Noumenon tracks. It will be available in the United States via 12” vinyl with a track listing as follows:

Side A: Loose Lips Sink Ships

1. Dr. Alfred Kunkleberg Taught us how to Photosynthesize our Mustaches
2. Papa Chubby
3. A Warbling Conglomerate of Warblers

Back of Japanese CD 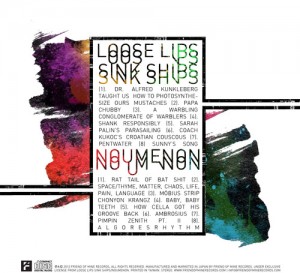 You can now pre-order the split via the bandcamp
Streaming below is a track from each of the band.