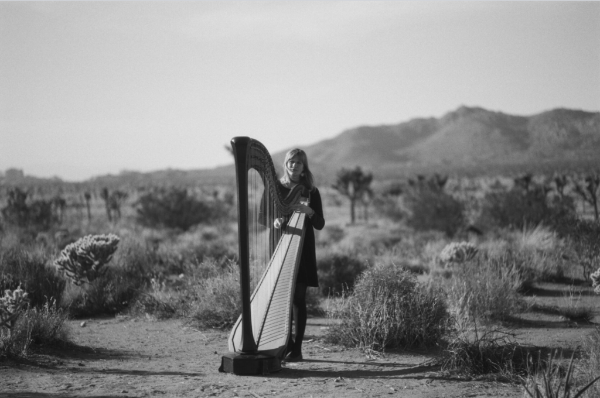 LA-based stereotype-shattering harpist Mary Lattimore has shared a second track from her expressive and free-flowing new album ‘Hundreds of Days’, out on May 18th via Ghostly International.

Speaking of new track “It Feels Like Floating,” Mary explains:  “It started off being a song about a description of a guy’s drug experience – it was the answer when I asked what it felt like to him. The song morphed into an ode to anything that you do alone and personal; be it swimming or skateboarding in the night by yourself; riding a bike or playing a harp in a redwood barn by the Pacific Ocean. It’s looking at the world through a filter of blissed-out detachment, untouchable for a minute.”