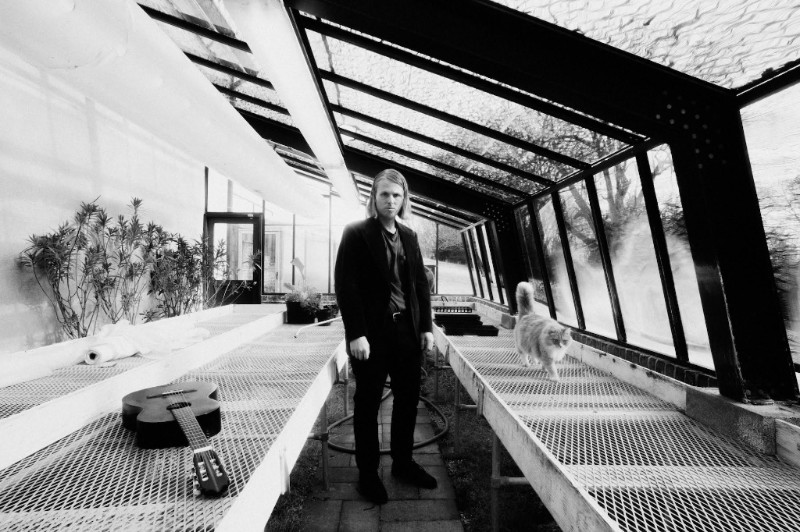 Andy Jenkins has shared brand new single “Sweet Bunch” along with its accompanying video. The title track of his debut album of the same name is out June 15th, 2018 on Spacebomb Records (Matthew E. White, Natalie Prass, Bedouine).

Jenkins originates from the same small scene of independent Virginia youth culture that produced artists like Justin Frye (PC Worship) Natalie Prass, and Matthew E. White, all friends from his teenage years. He found the perfect seedbed for his particular sensibility in Spacebomb Records, where he recorded ‘Sweet Bunch’ with school friend and longtime collaborator Matthew E. White.

Talking about the track, Jenkins reflected: “The song is a casually coded tribute to old friends and good friends, co-written with an old and good friend, Matthew E. White.

“Lyrically, it’s a combination of mostly oblique references to people and places and situations in my life. A mixture of “Hey, hey, look at us” bravado and also “My mind is weak” confusion. I wanted to celebrate the people I enjoy being around with a song, they’re truly legendary to me. The alternate title for this song was Hey Hey, My My (The Mountain On the Wall) like that Aretha Franklin number, but in the end Sweet Bunch was what it was.

The track’s accompanying video, directed by Jenkins and Laura McCann, follows the life in a day of a dog, walking by the places Jenkins’ visits in Richmond VA to take some time out from the world. Andy expands; “I’ve been going to the river off and on for the last decade, walking and running on the trails, it’s a good place to reset and think about things. It’s the heart of the city, an essential feature in my mind.”

The musician’s debut album springs into the world fully-formed, sitting at the crossroads of modernism and timelessness, sensitivity and decision, with the expansiveness and musical drawl of Big Star, the bounce of John Prine, and the curly, perfectly-carved melodies of George Harrison.

Hatched in the tradition of Southern culture — unhurried in his art, yet weirdly ahead of the curve by the time he arrives — ‘Sweet Bunch’ showcases a raw and untouched talent. The record was essentially recorded in three days of flow-state, with the drums, bass, keys, and guitars all live and nothing to regret.

The source of this musical surety lies with Jenkins’ songwriting— natural and effortless as the glide of a swan or sailboat— matched in spirit and strength by the sweet bunch in the studio. Backed by some ringers and a very full chorus, Andy’s warm words come buoyed on cool streams of melody, telling the greater world that Virginia has become, once again, a musical frontier.