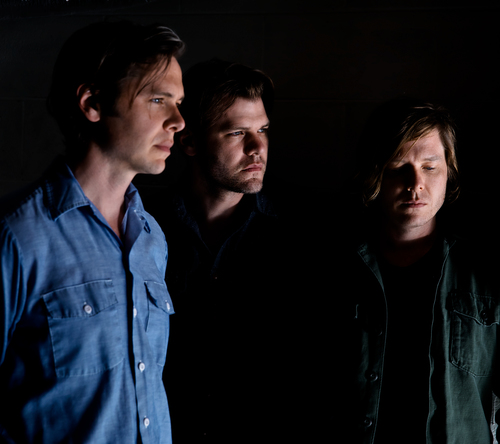 Sons Of Bill To Release New Album
Oh God Ma’am
June 29th
Lead Single “Believer / Pretender”
Streaming Now Via Brightest Young Things
Virginia-based band of brothers Sons of Bill will release their fourth album Oh God Ma’am on June 29th. Today they have shared their new single “Believer / Pretender,” an opening salvo that encapsulates the approach the group takes on their latest record – blending their lyrical Americana roots with a polished, driving set of songs punctuated by crystalline guitar riffs and tasteful synth flourishes. The track is currently streaming via Brightest Young Things who declares the track to be “…an absolute stunner, a sweeping piece of ‘80s-tinged guitar rock that recalls the sounds of New Order, The War on Drugs, and even The Gin Blossoms, while still being unmistakably Sons of Bill.”

“Believer / Pretender” was written after guitarist/singer James Wilson underwent surgery on his hand after an accident with a champagne glass, which almost prevented him from ever playing guitar again. “I distinctly remember the moment the words started to come together. I had just had surgery on my hand, and was deep in a moment of self-pity at a coffee shop in Nashville” Wilson writes. “When I approached the counter, I was greeted by a barista/musician with sleeve tattoos in my new home of Nashville, and wrote the line ‘Put all your secrets under your skin.’ It was this this sad feeling looking at one another– that neither of us have any depth–any meaningful internal life– nothing real to say to each other– but maybe another tattoo will convince the outside world that we have something to say– which is sadly maybe all we wanted in the first place.”

Oh God Ma’am is the followup to their 2015 album Love and Logic, which Q magazine called “a glorious sour mash of every great Americana trope of the last 50 years– think Dylan, R.E.M, Wilco, — Blended with top notes of Husker Du, Big Star, and The Replacements… A family affair welcoming one and all.” Recorded both in Seattle with west coast indie legend Phil Ek (Shins, Fleet Foxes) and in Nashville with Sean Sullivan (Sturgill Simpson) and mixed by Peter Katis (The National, Interpol) Oh God Ma’am moves beyond the galvanic americana-rock comfort zone of previous efforts, for a more elegant and restrained sound– a darker, and more complexly layered rock record that manages to be the band’s most emotionally intimate and sonically expansive.

Oh God Ma’am is currently available for pre-sale HERE.
As three sons of a venerated theology and literature professor at the University of Virginia (who also taught his sons how to play guitar and write songs), Sons of Bill were always keen to represent the american south with a slightly higher brow– an upright and literary aspect of the southern culture that rarely gets an adequate hearing in pop music. And like so many of the southern writers they grew up reading (James teaches and is currently writing a book on William Faulkner) The Wilson brothers often pull songs from the darker regions of the human imagination– slyly and earnestly scratching at their own spiritual scabs with both humor and sincerity, as a way of exploring life’s enduring complexities: faith, love, and the weirdness of time. It gives the whole record a unique atmosphere of tragicomedy– equal parts post-adolescent anxiety and old-soul humility. In search of the proper nomenclature, one critic would simply describe Sons of Bill as “metaphysical American music.”