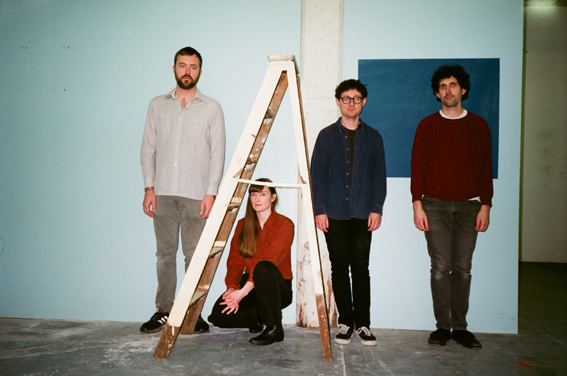 Kill Rock Stars are pleased to announce that Portland, Oregon based minimalist punk group Lithics have joined the Kill Rock Stars roster. Their new album, Mating Surfaces, is out May 25th 2018.

Post Trash premiered the album’s first single, “Excuse Generator” describing the band as “the type of post-punk that will have your head bobbing or find you checking your pulse to make sure you’re still alive.”

Lithics exist in a nervous fragmented world, a propulsive futuristic hell where anything can be consumed at any time, where any sound from any era can be conjured and reproduced and yet most of what we are stuck with seems like a trite reproduction of a sentiment long lost. Lithics fight this impossible dreary reality with a bold minimalist vision, “Can I be myself?” A stern danceable sound that summons cut up snapshots of Su Tissue and Mark E Smith, an imagined landscape where Captain Beefheart hits that 99 Records “Too Many Creeps” beat.

This is the sound of possibility. A total collaborative vision: Aubrey Hornor’s stark stilted vocals intoning over her and Mason Crumley’s wired guitar parts, like lightbulb flashes and the whir of insects unspooled and playing off each other. Bob Desaulniers’ basslines give both structure and dissonance to the endeavor, and along with Wiley Hickson on drums, this is a rhythm section recalling art-damaged yet danceable noise made in the detritus of failing cities in the late 70s/early 80s (The Lower East Side, Cleveland, Manchester…). Except Lithics is happening now, a continuing part of the vital art punk DIY underground in Portland, Oregon.

Lithics create a world that seems like it is collapsing as it’s being built.  Mating Surfaces is an unnerving sound, total in its commitment to a specific vision, DIY minimalist art-punk that speaks to the fact that whenever someone says the underground is dead it just demonstrates that they are just too past it to know any better.” 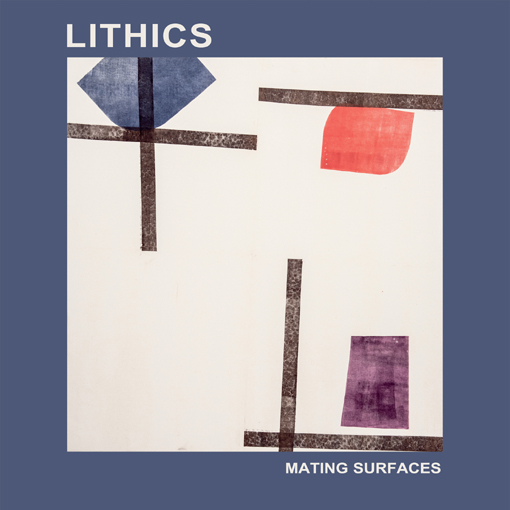 Lithics are on tour in the US with Shopping and Stephen Malkmus and the Jicks.

* with Shopping
^ with Stephen Malkmus and the Jicks