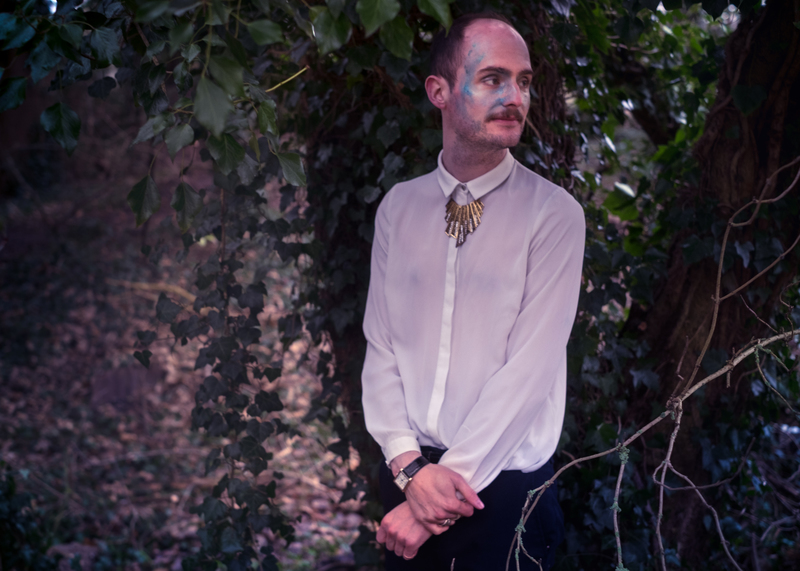 Grawl!x
Announces new album Appendix
Due out on 6 April via Reckless Yes
Derby-based multi-instrumentalist and filmmaker Grawl!x (aka James Machin) is pleased to announce his new album Appendix, which is due out on 6 April via Reckless Yes Records. God is in the TV premiered the video for the first single from the album, “Don’t Do It To Yourself“, which was directed by Grawl!x and features Reckless Yes labelmates Pet Crow, with the fragile vocal of Danielle Cotterill lending a beautifully lilting harmony to the deftly handled difficult subject matter. “Don’t Do It To Yourself” shimmers with ambient electronica and evocative piano.

Appendix concludes Grawl!x’s trilogy on grief with his first release for the Reckless Yes label. It is, however, anything but maudlin and its devastation lies more in its beautiful layered melodies than in its melancholy subject matter.

Appendix follows on from his 2014 debut Good Grief and 2016 follow-up Aye! It was originally supposed to be a piano-only record which then ballooned into something much more ambitious in scope and scale. James had previously worked with TV and film composer Richard J. Birkin, who had contributed to the album Good Grief. They had always talked about doing a full long-player with a string quartet and the new recordings seemed like the ideal opportunity, so Birkin agreed to compose and conduct the string arrangements on Appendix. The results are inspired and utterly dazzling, creating a startlingly cinematic canvas.

Another carefully curated contribution comes from fellow Derbyshire trio Haiku Salut, who added their own unique magic, playing accordion, vibraphone & trumpet respectively and singing as part of the choir which reoccurs throughout the album.

Alongside the album is the release of short film Fleeting, written and directed by Grawl!x and featuring music from the album as its soundtrack. It speaks of love unrequited, love lost, but self-found, of resilience. The music suits the big screen, and the album is often cinematic in scope, and majestic of sweep it is packed with the extraordinary and everyday of love and the joy and sadness that state takes in.

Watch trailer for accompanying short film Fleeting
Written and directed by Grawl!x
https://youtu.be/4Hdrk9ZrAUQ
Grawl!x brought his unique live performance to Daylight Music at The Union Chapel in Islington earlier in the month, returning to the gothic space having played there on release of previous albums. His music lends itself to a sacred setting and he has played a variety of other churches such as Derby Cathedral, St. John’s on Bethnal Green and Breedon-on-the-Hill.

Appendix will be released digitally and on limited edition frosted clear 12” vinyl on 6 April 2018 and more live dates will be announced soon.

Grawl!x
Appendix
Tracklisting:
1. Appendix A
2. Appendix B
3. The Moment’s Gone
4. Don’t Do it to Yourself
5. Trawpse
6. Homestretch
7. Minutiae
8. A Tether
9. –
10. Apricity
http://recklessyes.com/
https://www.facebook.com/grawlixmusic

WYE OAK share 2nd track from new album- Hear “It Was Not Natural” Album “The Louder I Call, The Faster It Runs” Out April 6th via Merge!