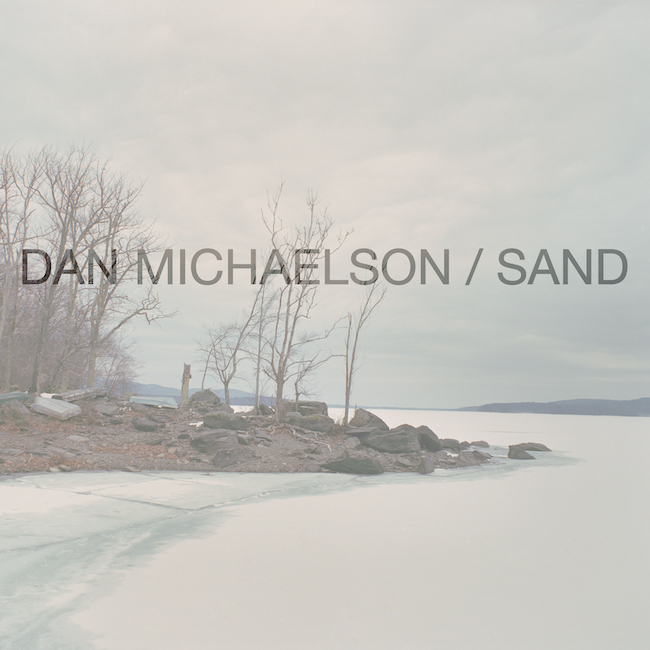 DAN MICHAELSON
HEAR NEW SINGLE ‘SAND’ ON SPOTIFY AND SOUNDCLOUD
NEW ALBUM ‘FIRST LIGHT’ OUT NOW
“Timeless English melancholia from a low-key national treasure” Mojo
“A gift for low-key emotional intensity, widescreen minimalism and mordant wit” Uncut
“The songs here are real beauties” Q
“His measured baritone could imbue even the most mundane line with emotion” The Observer
“An artist carving new ground whilst staying true to his innermost feelings” The Daily Mirror
“Dan Michaelson inhabits a dark but beautiful world” NME
“A small gem” Evening Standard
“A wallow in angst and misery given wings by the superb music and his tremendous vocals” Folk Radio UK
Dan Michaelson has released crtically acclaimed new solo album ‘First Light’ throughThe state51 Conspiracy at the end of last year.
Following the album’s first two singles ‘Old Kisses‘ and ‘Careless‘, Dan has now released ‘Sand’. The final track to be taken from the album, ‘Sand’ is a monumental hymn to something small and personal. Through 5 verse cycles of intimate disaster, each question is answered with the same echoing refrain: “I hold your hand, you hold my hand”, suggesting that your world can collapse around you but if you hold on to what you love, everything else can be rebuilt.
Working closely with orchestral arranger Arnulf Lindner, aka Skeleton Key, ‘First Light’ focuses on the everyday first moment of consciousness before past, future, cynicism and memory come into focus. Though considered by Michaelson to be “the most unpleasant moment of any day” the opportunity to write at this time became the working practice for the record and, as the writing progressed, reflection on those moments informed the songs further.
Although ‘First Light’ finds Michaelson experimenting with a full orchestral palette, echoes of his inspirations and lifelong heroes still rise to the surface. Album opener ‘Careless’ evokes the sparse, haunted landscape of Townes Van Zandt’s ‘Kathleen’, the languid ‘Someone Else’s Dream’ recalls Lee Hazelwood’s lazy drawl, ‘Old Kisses’ is indebted to the intimate reflection of Leonard Cohen and ‘Don’t Let It Pass’ summons the melodic build of ‘Bryter Layter’ period Nick Drake. Recorded over three weeks at The Premises Studios in London, ‘First Light’ features eight violins, four violas, two cellos, two double basses and the odd flash of trombone, all constantly shifting above, below and either side of Michaelson’s staple vocal style.
Originally meeting on an early Absentee tour with Ed Harcourt in 2004, Lindner produced Dan’s first album under that moniker, 2005’s Donkey Stock . The pair had been looking for an opportunity to work together again ever since, and as Dan’s involvement in scoring for film and TV increased, their paths naturally met once more
As well as soundtracking the third season of the BAFTA-winning BBC series Detectorists, starring Mackenzie Crook and Toby Jones, Michaelson is currently scoring Stephanie Wang-Breal’s feature-length documentary ‘Blowin’ Up’. The story of an innovative human trafficking court in Queens, N.Y, the film follows the compassionate judge who runs it and the women who pass through its doors every day.
www.danmichaelsonandthecoastguards.co.uk