The song is a medley of the James Gang’s “Stop” and Butthole Surfers’ “Moving To Florida,” which Osborne explains, “I wanted to do the song ‘Stop’ but I didn’t want to do all of it and I LOVE ‘Moving to Florida’ so ‘Stop Moving To Florida’ seemed perfect” 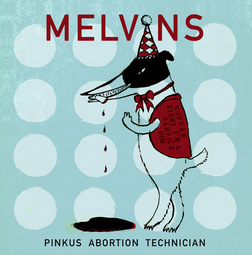 In addition to this track, the band also covers the Beatles’ “I Want To Hold Your Hand” and Butthole Surfers’ “Graveyard”. Pre-orders for the eight-song album are available now, with digital pre-orders including an instant download of “Stop Moving To Florida.”

The band has also simultaneously announced a 10-week North American tour, that will feature the Melvins as a four-piece with both Pinkus and McDonald joining Osborne and Crover.

Tour dates can be found here.  European tour dates are being planned and will be announced when ready.
www.facebook.com/melvinsarmy