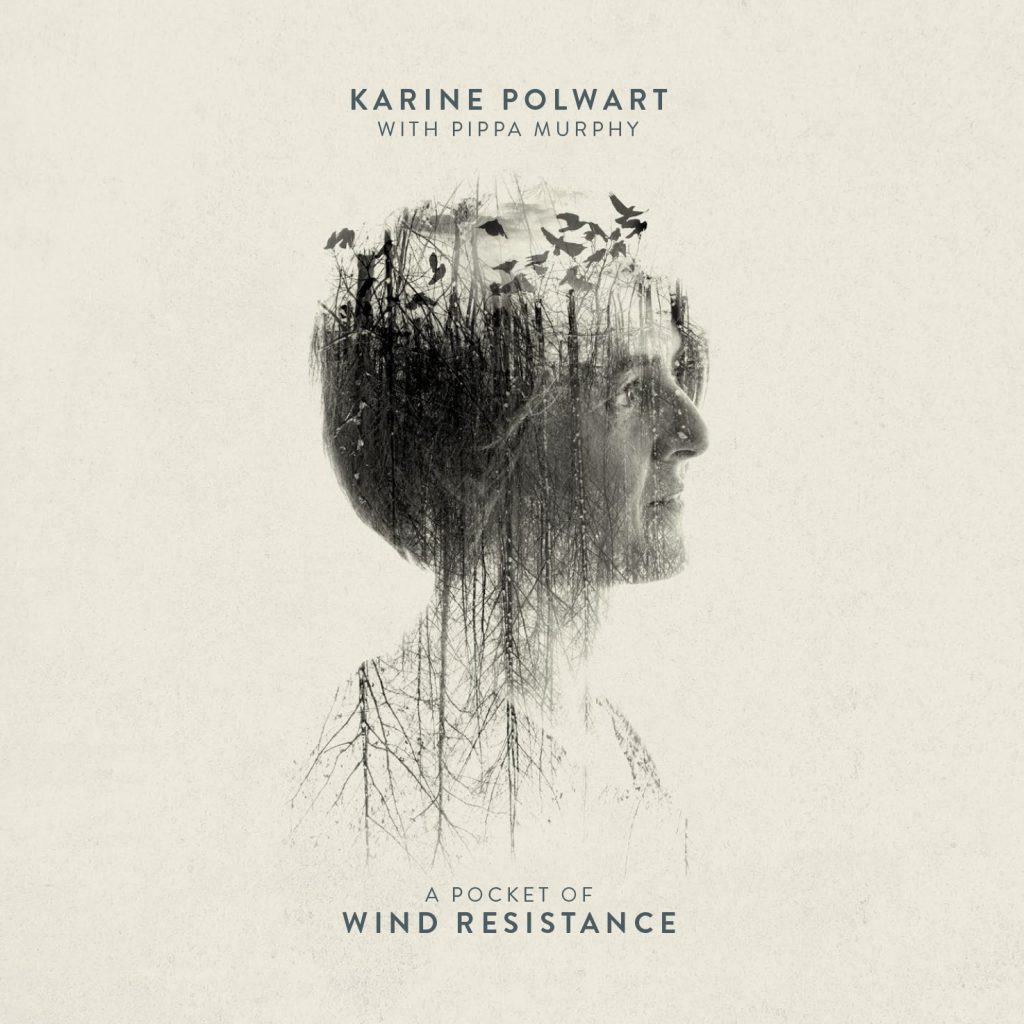 Karine Polwart – five-time winner of the BBC Radio 2 Folk Awards – has today shared ‘Lark In The Clear Air’, the latest new track to emerge from her forthcoming album ‘A Pocket Of Wind Resistance’ out via Hudson Records on November 17, 2017. Written with Scottish sound designer Pippa Murphy, ‘A Pocket Of Wind Resistance’ is the musical accompaniment to Polwart’s critically acclaimed theatrical debut (“Poignant, unflinching and beautiful” ***** – The Telegraph). The production was written, musically directed and performed by Polwart, winning the Best Music and Sound Award at the 2017 CATS. Alongside three other nominations, it also placed Polwart on the shortlist for the Best Actor ‘Scottish Oscar’ in the Sunday Herald Culture Awards. You can stream ‘Lark In The Clear Air’ here.

Speaking about the glistening ‘Lark In The Clear Air’, which sets Irish poet Sir Samuel Ferguson’s words against marimba & harp, Karine says; “In the spring and summer, Fala Moor is alive with skylarks, floating up and up on invisible shafts of air. And yet skylarks are a red-listed endangered species in the British Isles, pushed to the margins by intensive industrial farming practices. The RSPB has responded by encouraging farmers to incorporate skylark “plots” into their fields in order to protect their vulnerable ground nests. In Gaelic, the word for skylark is fosg. It means, literally, open space, including the space above us. When I go to Fala Moor, I get filled up with space.”

The ‘Wind Resistance’ project took seed from Karine’s view of the migration of pink-footed geese to Fala Flow, close to Polwart’s home just south of Edinburgh. Watching the geese’s shifting skeins – in which the birds create pockets of wind resistance to aid each other’s flight – prompted Karine to consider how humans depend upon each other, & whether or not we form skeins of our own. The geese’s role in Fala Flow’s delicate ecology – explored in beautiful detail by Polwart on early single ‘Labouring and Resting’ – resonated with Polwart’s own recent experience of becoming a mother and protecting a family of her own.

Karine says; “It’s a meditation on the ways in which we, as humans, protect and care for one another, and for all life, by stepping up, falling back, labouring and resting in our own fashion. In particular, it’s a hymn to mothers and birthing, to the proffering of sanctuary, to the miracle of medicine, and a reminder, a warning, about the consequences of isolating and forgetting.”

‘A Pocket Of Wind Resistance’ – the follow-up to her 2012 Scottish Album of The Year-nominated ‘Traces’, produced by Chvrches’ Iain Cook – is the latest in a series of collaborative projects from Polwart which combine music and art with science, environment and politics. Following her BBC Radio 2 Folk Award-winning 2005 debut ‘Faultlines’, Polwart collaborated on the naturalist-inspired ‘The Darwin Song Project’ in 2009 and last year’s all-female ‘Songs Of Separation’ release with Eliza Carthy, alongside ‘Sea Change’ in 2013,  written as a response to climate change. Karine has also collaborated with indie composer RM Hubbert, co-written with members of Portishead for Martin Green’s EIF/Barbican production ‘Flit’, and co-directed and worked on life novelist James Robertson’s ‘Pilgrimer’ production.

Following a run of shows through October, Polwart will be performing ‘A Pocket Of Wind Resistance’ as part of a residency at The Royal Lyceum Theatre, Edinburgh between November 3-11, 2017.