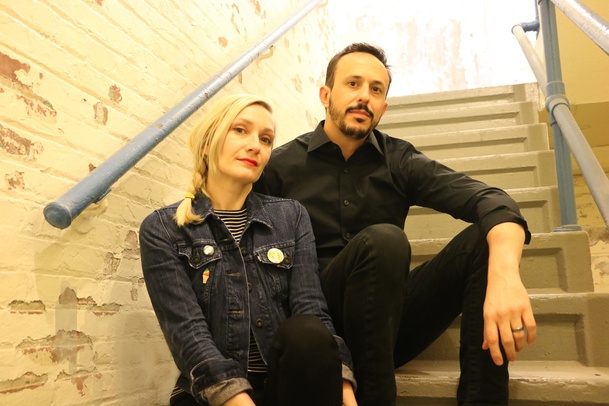 Seismic track list:
Seismic
Learn To Breathe
The Size of the Planet
Ghost of a Glowing Forest
Under the Earth
A Southern Death
The Opening
What Is This, Where Are We
Hollow Bones
Hang Us All
The Hope of a Storm

“Lets say you took My Bloody Valentine, added a bit of Gish-era Smashing Pumpkin, sledgehammered it with Godflesh and then topped the remainder with a twist of Tangerine Dream, you would have New York’s Spotlights… the consistency is remarkable.” – ECHOES AND DUST

“The husband-wife duo of Mario and Sarah Quintero (guitar and bass, respectively) dabble in a mix of electronic dream-pop and heavier-than- hell sludge metal, putting them alongside Jesu or Hum as extremists of both beauty and brutality.“ – LA RECORD