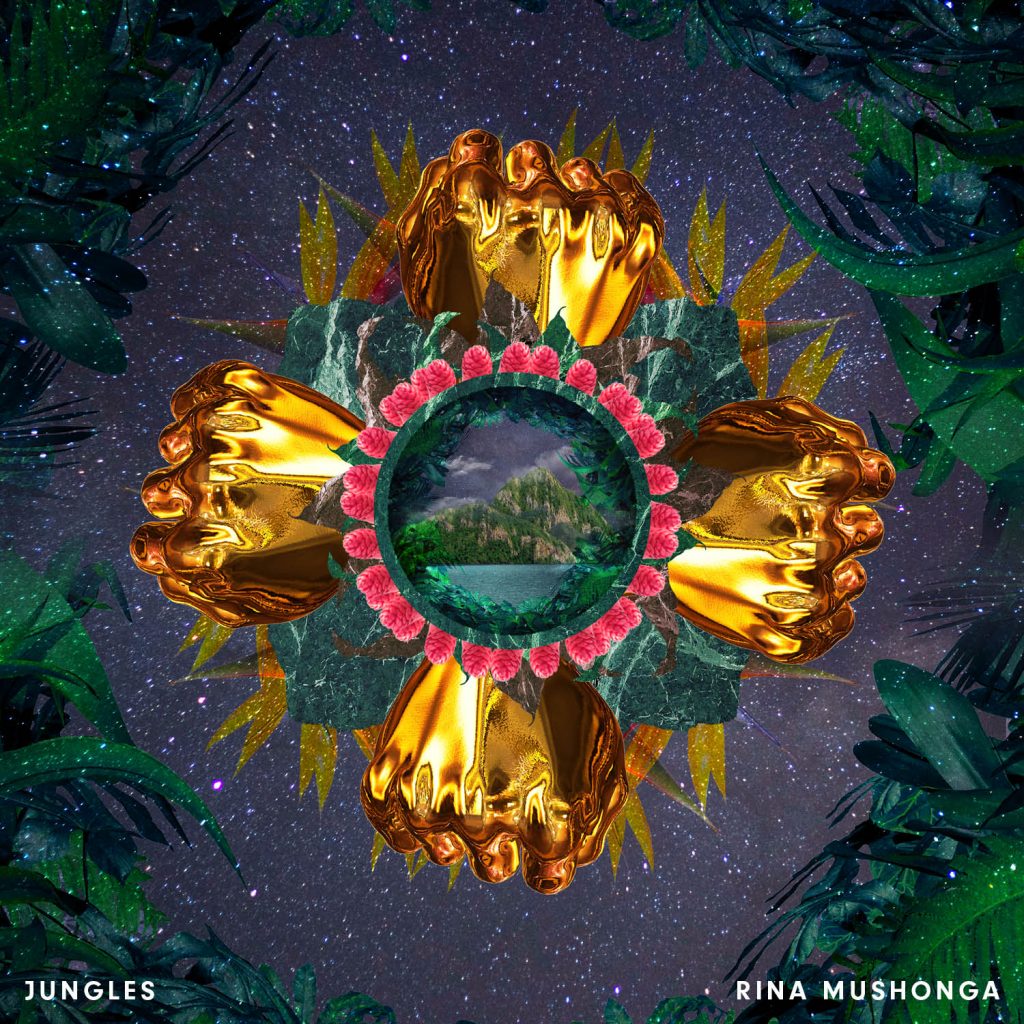 Out now on [PIAS]

“a twitchy, coming-of-age synth jam, a tale of youthful restlessness with a drum beat you can’t quite get a hold of” – Noisey

Garnering hot praise for an eclectic style that fuses afrobeat with indie electro, Dutch-Zimbabwean artist Rina Mushonga is releasing ‘Jungles’, the second single from her album.

It’s a coming of age story about two friends moving to the city. As one bails, the other is forced to find her own way without companionship or a sentimental link to her past. It’s a story that could only sound right coming from an artist like Rina. After transplanting herself from Harare to Amsterdam she settled in Peckham to find herself inspired by the area’s unique diversity and aura.

“A lot of my songs reflect on searching for a sense of place” Rina says. “It’s something that’s often been elusive for me as I’ve moved around a lot growing up. But also really examining different facets of that — identity, representation, community, belonging, and conflict with one’s surroundings.”

“I think what instantly made me fall in love with Peckham is its mixed-up-ness. This fresh blend of different cultures and scenes. It has a real transient energy and still maintains a palpable sense of community that I really connect with. I suppose ‘Jungles’ kind of reflects loosely though on the often frustrating process through disillusionment and unrequited love in search for self-acceptance and a place to lock into.”

Earlier this year ‘Ata|antA’ caught the eye of publications like Noisey, The Fader, Afropunk, i-D, Wonderland and Beat Magazine with its powerful themes of independence, emancipation and empowerment. A retelling of the Greek myth of the same name, it was lauded for its slick sound and anthemic lyrics, evoking the fierce plight of female virgin huntress ‘Ata|antA’ as a metaphor for female empowerment in society. The accompanying video for ‘Ata|antA’ is a small ode to Rina’s new neighbourhood and the people that make it such a vivid and inspiring place to live.

Debut album ‘The Wild, The Wilderness’ was released in The Benelux while she lived there to critical acclaim. It gave her a huge regional fanbase and resulted in high profile appearances and collaborations, including a celebrated remix of hit single Eastern Highlands by Joris Voorn. Rina’s new LP will be a watershed moment for her artistically. With the help of Grammy award winning producer Brett Shaw, her latest material is the refinement of a vision that’s been a long time forming. ‘Jungles’ and ‘AtalantA’ make for riveting work, leaving little  doubt that Rina is one to keep a close eye on.