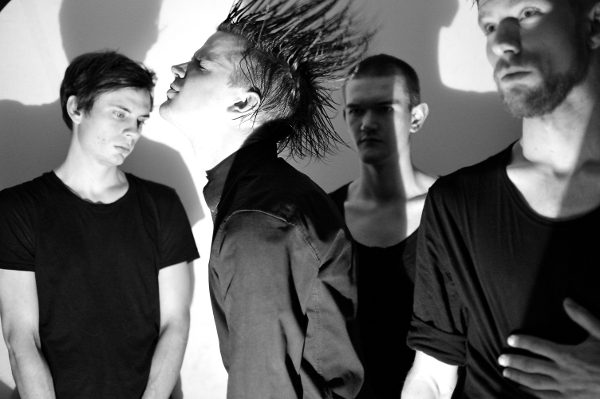 ‘NOW’ is the stellar new single from rising Brighton four-piece The New Union. Having shared stages with the likes of Bastille and The 1975, the band are looking to follow in their footsteps with the epic heights of ‘NOW’, released 17th March 2014.

Comprised of Richard Jackson, Alex Leeder, James Baker and Leo Solti, The New Union take the sunny disposition of their home town and feed it into turned it into harmony laden, guitar driven pop.

Their 2013 self-released single ‘Without You’ perfectly displayed their fresh approach to song writing, which belies the bands infancy, having only formed just over 18 months ago. The band followed this with the ‘Staying Friends’ EP, recorded with Grammy award winning producer Dan Grech (Tom Odell, The Vaccines, Scissor Sisters) in London’s legendary RAK Studios. TNU’s songs deal in love and loss all shot through with a more hopeful optimism, which has seen the band rapidly develop a devoted fan base.

As well as performing with Bastille and The 1975, The New Union have also impressed alongside Clock Opera, Slow Club and Dog Is Dead, in addition to a well-received showcase at The Great Escape 2013.

‘NOW’ is released 17th March 2014. Look out for the stunning new video, which is coming very soon.

“The New Union are a mini triumph of guitars and balladry swirled together. They’ll make you want to come of age all over again.” Clash

HOW TO DRESS WELL SHARES NEW SONG “CAN’T YOU TELL”, NEW ALBUM CARE OUT THIS FRIDAY ON DOMINO